To the Beach We Went 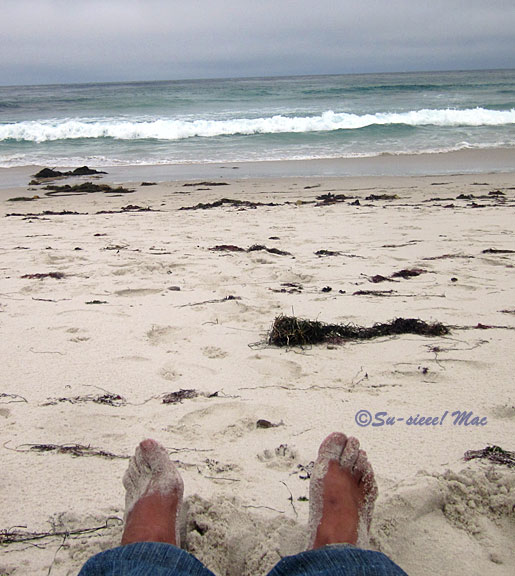 Whoo-hooo! Yesterday the Husband and I ran away to the beach for our 23rd of the month date.

The sand was soooo soft. It felt almost as smooth as Molly the Cat's fur after she has licked her coat.

If I had brought a change of clothing, I would've dived into the water which was delightfully and surprisingly warmish. Next time, I'll know better. At least, I got my feet wet. Even the Husband took his shoes off. 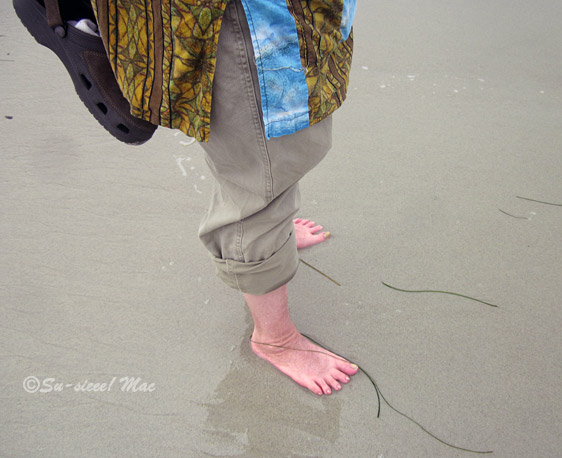 The Husband asked if the seaweed on the beach was edible, after he licked an end of a plant. He also said he tasted the ocean. I love the Husband.

My knees had no problem walking on sand. I suppose it's all that give. The knees don't feel the worse today.

We plopped down on the sand and sat for a long while, taking in the waves, the horizon, the fog, the humidity, the humanity, the few birds, and the quite-a-few dogs.

As the tide went out, we thought we saw a whale in the near distance. But the black shape took a long time moving from that one spot. Ah-ha! Rocks fooled us again. 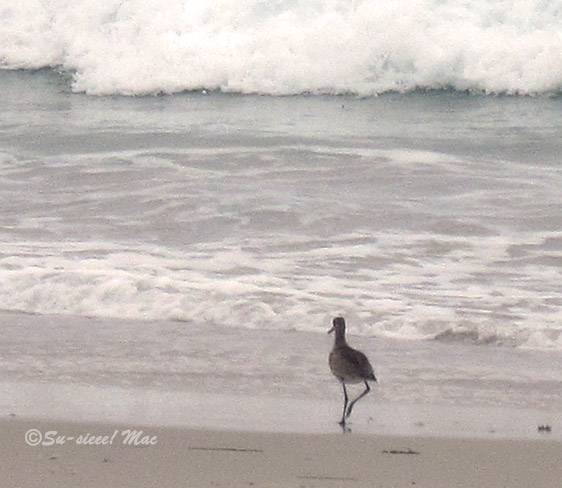 This morning the Husband went to his quarterly doctor's visit. His blood pressure was something like 125 over 78. The lowest ever. Relaxing on the beach yesterday may have helped. Never know. I do know that I want to run away to the beach again. Sooner than later. Whoo-hooo!