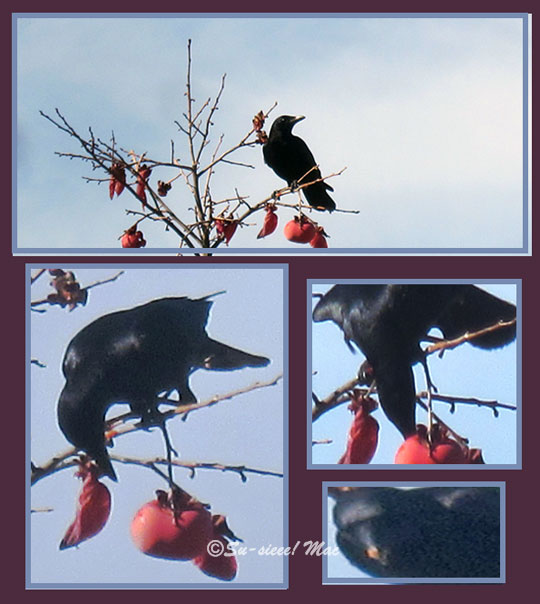 We left the fruit on the high branches, and some of the lower branches, of the persimmon tree for the birds and squirrels. I don't know if the neighborhood feral cats like persimmons. Molly the (wild) Cat sniffs her nose at the orange fruit.

The other morning good fortune struck. I not only watched a crow in the persimmon tree, followed by a bunch of tiny birds, but also a squirrel. That squirrel was chittering so loud, the Husband and I went out to the back yard to find out what all the fuss was about. I wouldn't be surprised if the squirrel was yelling at the tiny birds to get out of its persimmon tree, because that was where the furry guy headed after it ran down the birch tree in the next yard. 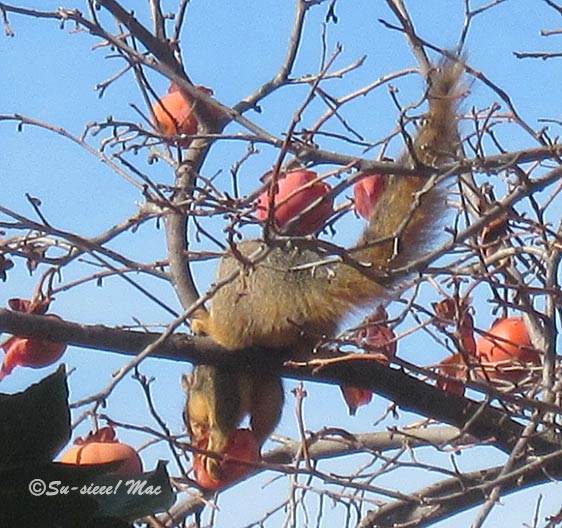 January was a flurry of decluttering, reorganizing, and sewing curtains, along with getting as much heavy stuff done before my cataract surgery next week.  (My gosh, already, next week. Shudder) I was such a worker bee that I became physically, emotionally, and spiritually off kilter by the end of the month. The Husband was a super trooper bearing with Susie, the grumpy patient.

Curtains! Indeed, I did. I made curtains out of the pretty pheasant print fabric I mentioned in my last post. Pheasant, not peacock that I originally thought. I changed my mind when I saw the red batik pattern of a pheasant on the cover of my 1978 journal. 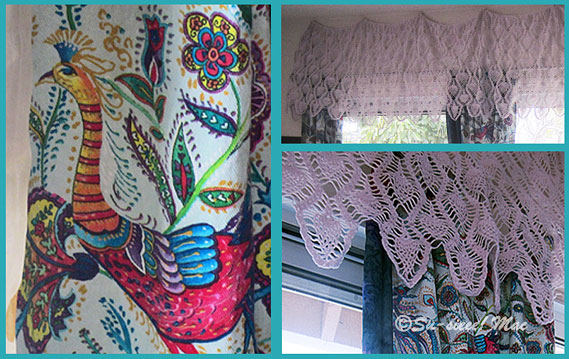 While I was sick, I skimmed journals I wrote in my twenties. One last read, I figure, before burning them, because, after all, I asked: Do I want someone reading my thoughts when I'm dead? No thank you.

Here's the but. But, after reading about getting the job that turned into a career 38 years ago, I'm not ready to burn the notebooks. It's fine. Several years ago I threw out over half of my collection of journals. Another day, yes.

Back to the curtains. I had 30 yards so I was able to make three double-sided panels. Easy-peasy sewing. I added a couple of Mama's scarves to fill in the gaps between the panels when they're drawn.  I'll probably add more scarves later.

The lacy valance is a crochet piece that was one of Mama's last projects. She was an amazing crafter, crocheting tablecloths and bed spreads of delicate and intricate design. Mama was probably in her 70s when she stopped crocheting. I suspect it was more because of her hands than her eyes. Of course, she may have just hit her limit of wanting to crochet. It happens. Sometimes I wonder if I've reached my fill for writing. 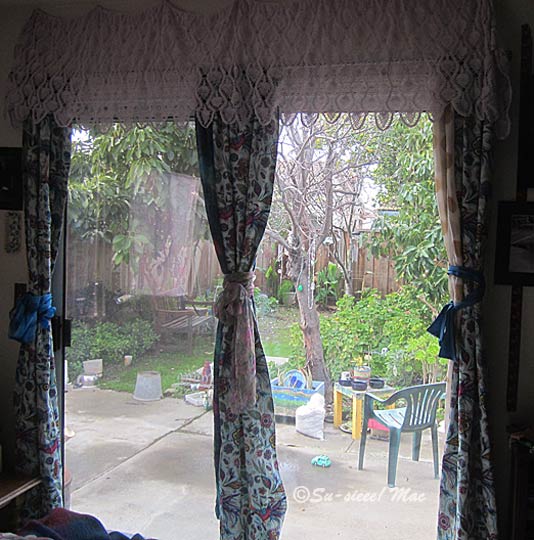