Molly the Cat's ABC Wednesday Movie for the Letter B

The Humans watch a lot of British black comedies because the Missus Lady loves the quick, dry wit of the British writers. They don't even have to try to be funny, she says.  I don't know what she means. Purrrrrrr. I hear no complaints from the Hero Man so he must think the same way.

Setting: In and around Glasgow

The Missus Lady says this film is wonderfully absurd. The main character is meek, bland barber Barney Thomson who has no customer service skills, so over the years he got pushed further into a corner where no customer wants to sit.

One evening after the barber shop closes, Barney and the manager have a heart to heart about woeful Barney that ends in an inadvertent push and shove, the manager dead, and a finally living large Barney. It was an accident so why didn't Barney quipppp just say so instead of hiding the body? Hero Man says if that was the case, there would be no movie.

Because the shop is shorthanded, Barney gets more customers. His confidence is boosted. Good. But, then Barney accidently kills another fellow barber and becomes the police's number one suspect. The police actually thinks Barney is a serial killer. Barney does his best to be one step ahead of the police.

The funniest lines, according to Missus Lady, belong to Emma Thompson who is purrrrrrrrty hilarious as Barney's way-out mum. She has no problems helping Barney dispose of the bodies, to Barney's misfortune. Here's an amuuusing fact: Ms. Thompson is a few years older than the actor who plays her son.

Cool cat Robert Carlyle, the actor who plays Rumpelstiltskin on Once Upon a Time, plays Barney. He also directed this movie. For a first-time director, he did quite well. The movie won the best feature film in the 2015 BAFTA Scotland Awards. 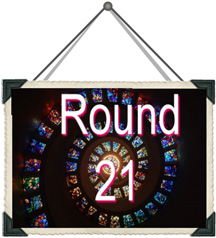 'A note from Su-sieee! Mac: Tis the letter B at ABC Wednesday. Click here to join Molly and me to read what others have written for the theme, and maybe link up, too. Thanks, ABCW team!