July 01, 2016
The photo meme, Friday's Hunt, hosted by Teresa of Eden Hills, starts its second ABC round today.  It's a fun one. I made it to the letter L in the first round. Knock on wood, all goes well that I shall make it to the letter Z this time going.  As Jack Gleason used to say, "Away we go."

Starts with A and Week's Favorite 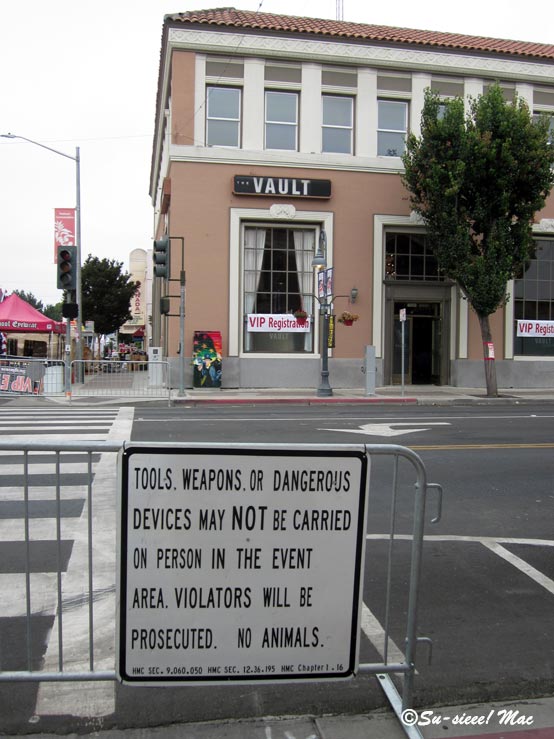 Our town is holding its annual motorcycle rally this weekend. It comes on or near Fourth of July to commemorate (I guess) the biker "riot" that took place in Hollister in 1947. The The Wild One starring Marlon Brando was loosely based on that incident.  So, for the next three days, we will be hearing and seeing thousands of bikers from all over, who have trekked to the Birthplace of the American Biker.  Many of them will park their bikes on our main street, where the 1947 incident took place.  Want to know more about the 1947 biker "riot"? Click here.

This morning I headed down to the rally before it officially opened to take a few shots. The above photo was my favorite shot. The building (see its name) and the message on the sign together made me laugh. The Husband didn't see anything funny about it at all.  So, I don't know if anyone else will find it amusing.

Where's the letter A, you ask? Animals. 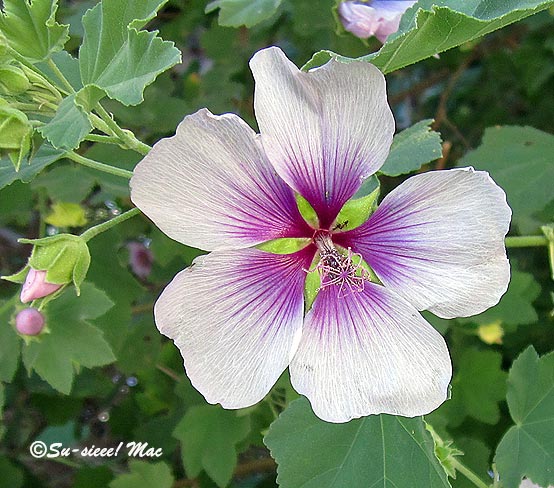 Does anyone know what kind of flower this is? I took a photo of it on one of our strolls through San Juan Bautista. It grows on a bush.

Want to link up to Eden Hills photo meme? Or, check out posts by other participants? Click here please.