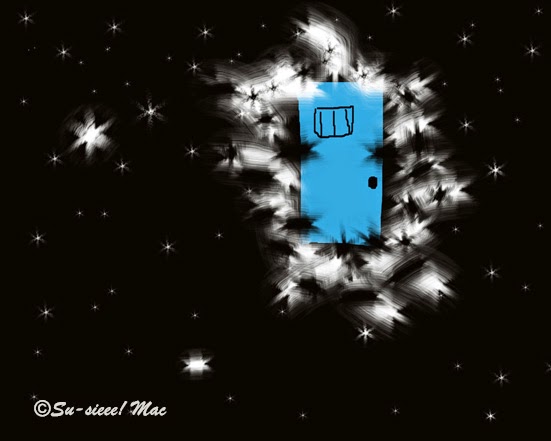 Today’s questions are from Sunday Stealing, hosted by Bev Sykes who publishes the blog Funny the World.
1. If you could live in a house shaped like anything what would it be?
Round. When I was younger I liked the idea of living in a yurt.
2. What do you think is in outer space?
I trust what NASA and scientists say is out there.
3. Where is the most wonderful place you’ve ever been?
Here, at home, with the Husband.
4. If you were invisible for a day, what would you do?
In a way I’ve been invisible all my life. I’m female, dark-skinned, with Asian eyes, obese, and now an old person. But if I were like the Invisible Man, I probably would spook some dishonest politicians to fly right.
5. What is the worst smell in the world?
Greed, closely followed by fear.
6. If you could, what animal would you be?
A whale who’s having a whale of a time.
7. What is the greatest thing ever invented?
The thing (a modem?) that allowed the public to access the Internet.
8. What is your favorite word? Why?
Joy.  The word speaks for itself.
9. Who is someone in history that you’d like to be friends with? Why?
I’d like to get to know Gabriela Silang who led a group of Filipino rebels against the Spanish colonizers in the Ilocos Sur region in the 1760s. 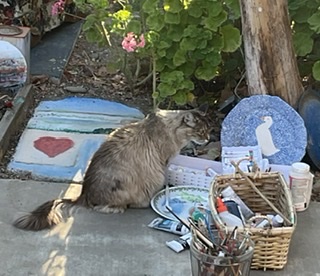 10. If your pet could talk, what would it say?
Our Missy Molly would’ve said, “What are you doing now?”
11. Were there dinosaurs on Noah’s ark?
I believe the dinosaurs were extinct way before the 40-Day Flood.
12. What makes you cry?
What doesn’t?
13. Have you ever played a joke on someone? What was it?
Early in our living together, I asked the Husband to-be to explain short sheeting and how you go about doing it.  He did. Guess what I did before he came to bed that night.
14. What’s the hardest thing you’ve ever had to do?
Accepting the fact that once-close family members do not want me in their lives.
15. What is the most important appliance in your house?
The toaster oven. It toasts, roasts, and warms. Set the pan in the oven. Spin the timer. Walk away. Ding! Done, and nothing is burned, most times.
For more Sunday Stealing participants, click here.