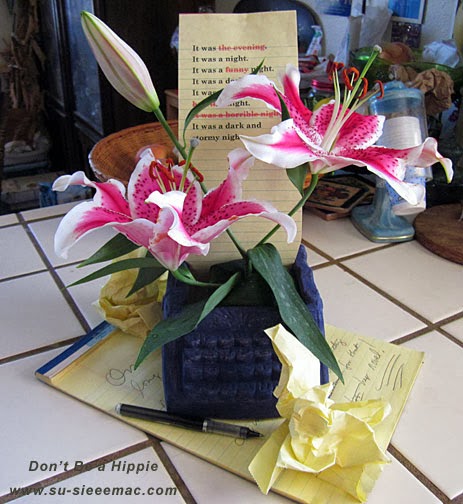 In 1982, February 15 also fell on a Monday. That was the first day of my new job as an assistant editor at  a small special education publishing house, the start of a new era for me. Because it was a paid federal holiday for the company, I didn't start until the next day. Nine years ago, I wrote a post about this first job that started me on my writing career. Please click here if you interested.

This being President's Day, I chose to find a quote by President James A Garfield. In doing so, I learned that he was a progressive man for his times, including the Republican Party to which he belonged. It was unfortunate that the 20th U.S. president only served six months in office, of which the last two months, he tried to recover from a bullet in his abdomen. President Garfield was assassinated by a mad man in July 1881. Some experts say that his death could have been avoided if his doctors had sterilized their hands and instruments before treating him.

Here's a quote from "A Century of Congress" written by President Garfield, when he was still a member of the House of Representatives, for the April 1877 issue of The Atlantic: "And this leads me to say that now, more than ever before, the people are responsible for the character of their Congress. If that body be ignorant, reckless, and corrupt, it is because the people tolerate ignorance, recklessness, and corruption. If it be intelligent, brave, and pure, it is because the people demand those high qualities to represent them in the national legislature."

I'm sorely disappointed that the former fake president was not convicted for his sins against our country. My thanks to the 57 Senators who know better.

“If there be one thing upon this earth that mankind love and admire better than another it is a brave man who dares to look the devil in the face and tell him he is a devil.”  —President James A. Garfield