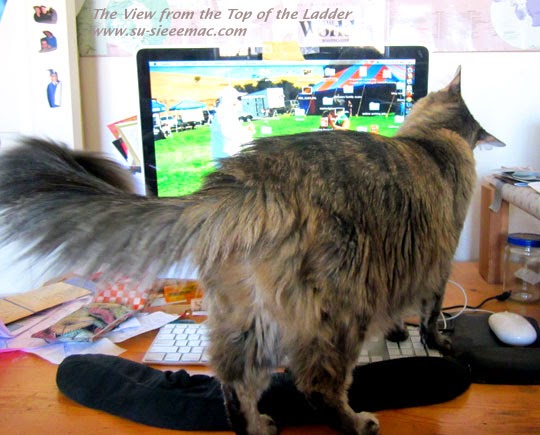 1.  Sweet Pea Song, my iMac, is 10 years old, more or less. Unfortunately for Sweet Pea Song and me there are few, if any, updates available for her system, as well as for the applications I use.

2.  She fooled her developers with their planned obsolescence. She continues to be a song of a sweet pea.

3.  Lately I've been tippy tapping on typewriters at garage sales and thrift shops. Will I buy one?

4.  Smith-Corona Coronet. That's the kind of portable blue electric typewriter on which I tippy-tapped during my 20s when I was into writing short stories. It gave out a comforting buzz that complimented the tip tip tip tap tap tip tip tap tap of the keys. 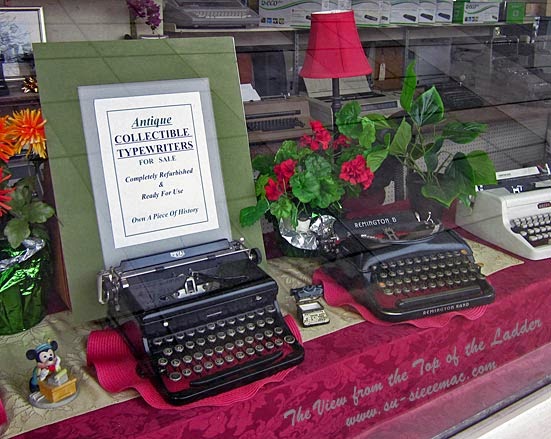 5.  I miss inserting paper into a typewriter, rolling up the paper, pushing the carriage back, hitting the space bar three times, and pressing the keys. Voila. Magic words on paper.

6.  Older Brother gave me the used typewriter in exchange for babysitting two-month-old Eldest Niece so her mom could go back to work. I knew nothing about babies. Nothing at all. I threw in the towel around week six. It was a good thing for everyone, especially Eldest Niece.

7.  I certainly earned that Smith-Corona. Wish I still had it.

8.  Someone online is selling a Coronet like mine for $70. How often would I really use it? Wouldn't I rather have $70 worth of art supplies? 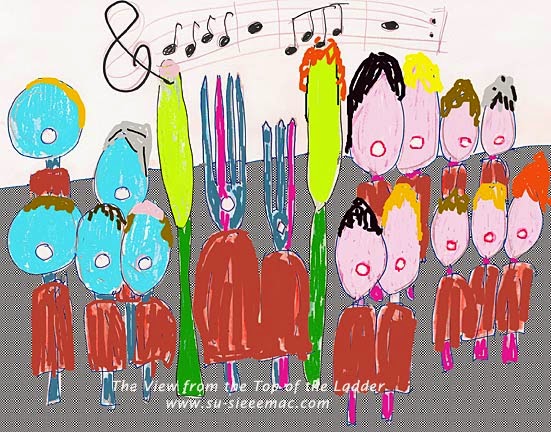 9.  The end of the typewriter for me came in 1985 when I bought my first computer, a Kaypro II.  It had a 9-inch screen with 64 KB of RAM and 2 drives for 5.25-inch floppy. When I latched the keyboard unit to the CPU (correct term?) to put it away, the Kaypro II looked like a portable sewing machine.

10.  About two years later I bought my first Apple machine. T'was a Macintosh SE-30. Easy-peasy to learn. My kind of technology.

11.  I've gone through several Macs in the past 30 years. Except for my first iMac, they've all been workhorses, especially the PowerComputing baby, which was a Mac clone.

12.  This year I've been using a pen or pencil to jot notes and thoughts. My hand and brain are getting used to that.

13.  I'm also doodling a lot more, again. That's something I can't do on a computer. Well, I suppose I could, but it's more fun with a pencil or pen. 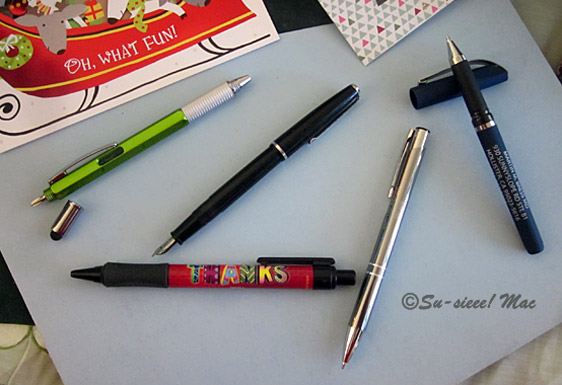 For more 13 items by other bloggers, check out Thursday 13.