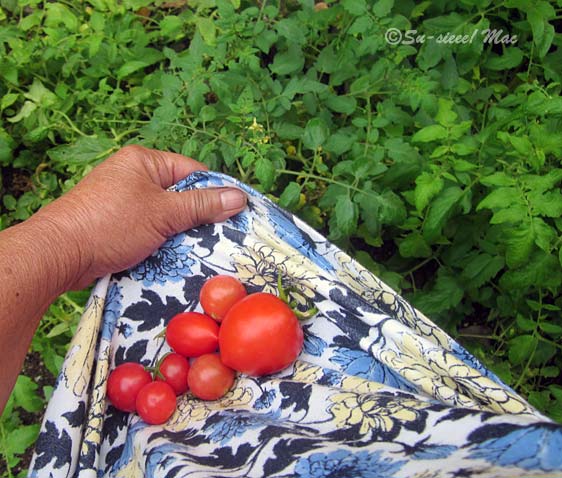 Have you ever wondered what Thanksgiving Day is all about? How it came to be?

It's not about the big box store sales that start earlier each year on Thanksgiving Day.  Or, is it?

It's not about the huge generous portions of turkey, stuffing, gravy, pumpkin pie, and other yummy food that friends and family gather together to consume. Though that is much to be thankful for, especially if you don't have to do anything but eat.

It's not even about the Pilgrims who supposedly ate the first Thanksgiving meal in the New World with the original residents of the land.

According to the Wikipedia article, Thanksgiving Day originated as a kind of harvest festival. You know, as in thank you, God, for all the food that we have been able to grow, gather, eat, and store for the harsh cold months until we can grow food again.  I am indeed very thankful for the lemons, persimmons, avocados, apples, and tomatoes that we harvest from our backyard.

In the early years of the United States, the nation's leaders set aside several days throughout the year for citizens to  pray, be humble, and remember to be thankful. I wonder if any of today's Republicans would say this was an example of the federal government having too much power and control over individuals.

We can thank President FDR for the tradition of Thanksgiving shopping. During the Great Depression, FDR declared an earlier Thanksgiving Day so that merchants had more time to sell stuff for Christmas. Back then it was a no-no to advertise Christmas sales until after Thanksgiving. Interestingly, the Republicans didn't like having Thanksgiving Day earlier. I guess the leaders and their backers weren't so greedy about profits yet. For years some states continued to observe a Republican Thanksgiving in the last week of November while other states observed Democratic Thanksgiving a week earlier.

In December 1941, a few weeks after the U.S. entered World War II, FDR signed into law making the fourth Thursday of November as Thanksgiving Day, a federal holiday.

So here we are.

Joy, Peace, and Love to you all!