Molly the Cat's ABC Wednesday Movie for the Letter E

I had a great day yesterday. The Missus Lady and Hero Man said it was my birthday and that I was seven (seven!) years old. I got extra petting, extra cooing, and extra time outside. I also caught a bird which I brought into the house. The Humans had no idea I found it until almost dinner time. Purrrrrrrr.

In honor of my bird day, I picked this movie for you this week.

Setting: The plains of Mongolia

This is a documentary about Aisholpan, a 13 year old nomad girl, whose father is teaching her to be a golden eagle hunter. That is a very cherished profession in their culture, which is passed on from one generation to the next. Only the males can become eagle hunters, because, as it usually goes, females do not have what it takes to handle eagles while galloping on horses. Aisholpan's father, having no sons, was not going to let his profession die with him. Good for him!

From the start of her training, Aisholpan shows that she has what it takes. Purrrrrrrrr.

Every year the eagle hunters of all over meet for a friendly competition.  Aisholpan enters it. Will the men let her compete? Will she freeze? Will she win? How does the father really feel about his daughter's skills and talent?

Hero Man and Missus Lady liked the movie. They did groan at the start when they saw the subtitles. They don't like subtitles that are printed too small or when the white print is shown on a light part of the film. That means Missus Lady reads the subtitles out loud because the print is too hard for Hero Man to read. As they got into the movie, which was fairly quickly, the Humans didn't seem to mind the subtitles anymore.

A note from Su-sieee! Mac: Click here to join Molly and me to read what others wrote about the letter E at ABC Wednesday. Maybe you'll want to link up with this weekly meme as well. Thanks, ABCW team!

Before you go, here's some cuteness from seven-year-old Molly.  That girl! 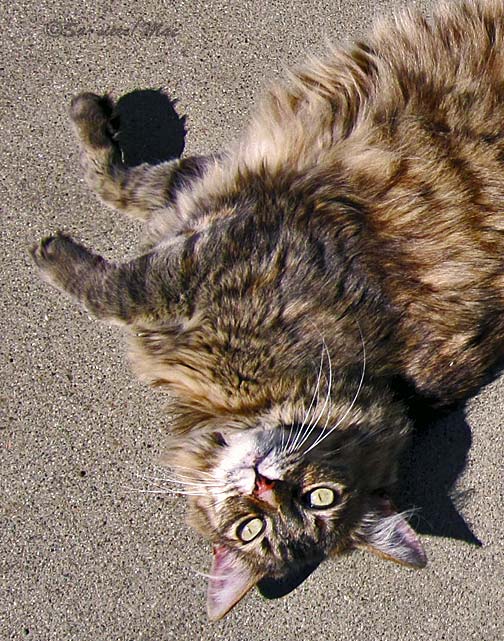