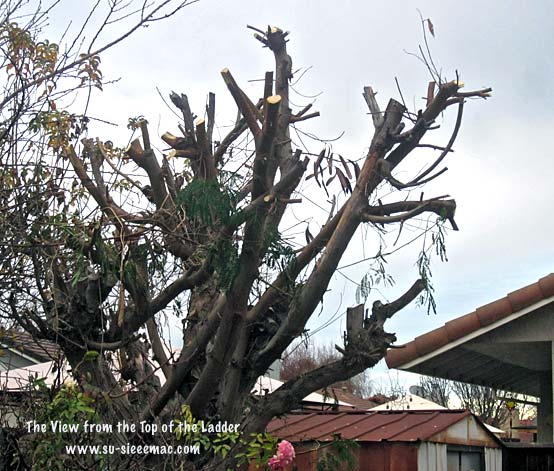 This afternoon the Husband and I pruned the Miracle Tree. Saw-saw-swear-saw. Clip-swear-clip-clip. We were three branches away from finishing when Only and Older Bionic Brother surprised us with a visit. Whooo-hooo! He came out to watch us complete our job and that brought out the Mama. The first time she set foot in the backyard since October. Whooo-hooo!

Thankfully, it was a warm day. The Mama's eyes were good from afar. She couldn't resist. "Cut that branch." "And, that branch." I was perched on the ladder at a weird angle so it took me awhile to find "And, that branch." The Brother's eyes for pruning were still good. "You want to cut that one so it doesn't grow towards the house."

Only and older Brother stayed the afternoon. Hurrah! That also meant the Husband and I didn't have to deal with the yucky part of the pruning job—snipping, cutting, and bagging the branches, leaves, and seed pods—until tomorrow. That's okay. It was great seeing Only and Older Brother. 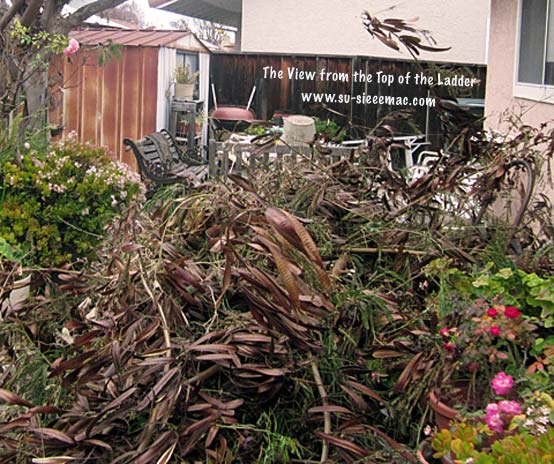