The One-of-a-Kind Windmill in Salinas Valley

Back in March, the Husband and I stumbled upon an amazing landmark in Salinas, California, of which I think many people in our area are unaware. Standing on top of a historic mill on the Harden Estate in North Salinas was a Victorian mechanical wonder known as the Challenge Double Header Wind Engine. It's considered the only surviving windmill of its kind. 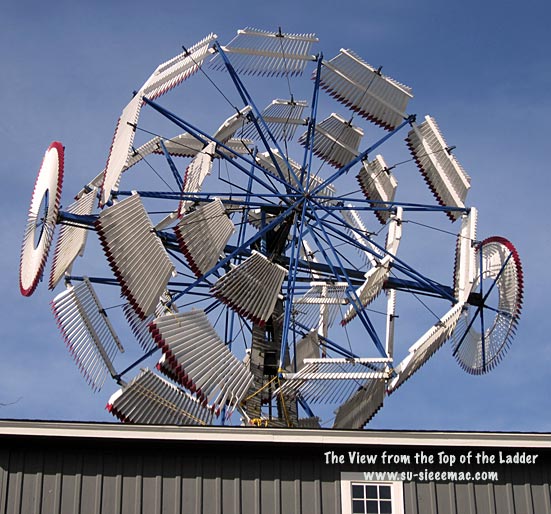 The Challenge Double Header Wind Engine was built in 1892 by Salinas Valley pioneer grain farmer and dairyman Duncan McKinnon. Back then, many called the machine's design  a "masterpiece in Victorian engineering". The wind engine has two 30-foot wind wheels that rotate in opposite directions. It also has two smaller wheels which rotate the wind engine so that it faces the wind. 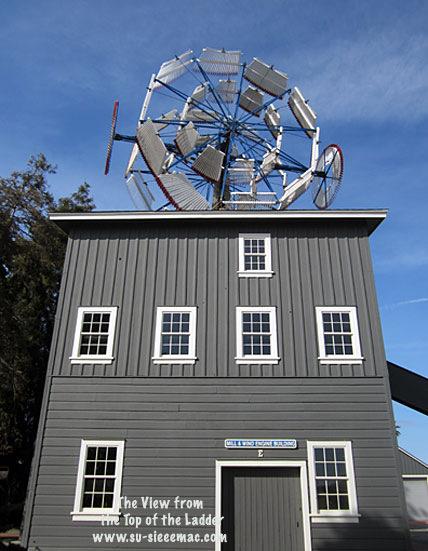 I was astounded when I first looked up at the wind engine. I didn't think it was a windmill. Nope. Not at all. It reminded me of a Ferris Wheel, a clipper ship, and what I imagine Jule Verne's time machine ought to look like.  I wonder what John Steinbeck thought of it. What would you think it is if you didn't know it was a windmill?

A day late is better than not at all. To check out other posts of, or to participate in, Alphabe Thursday, hosted by the lovely Jenny Matlock, click here.