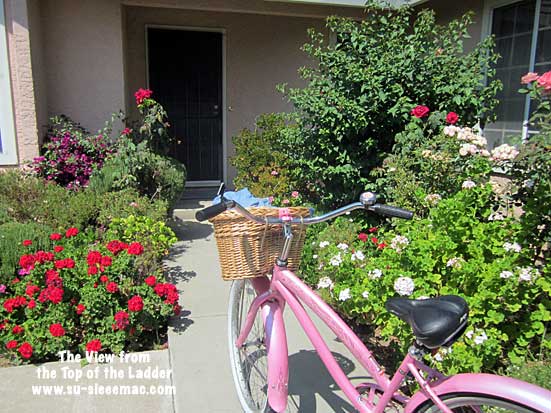 Today, I was out with Tilda-Hilda for about two hours doing errands and taking photos. I was getting on and off Tilda-Hilda a lot. I won't be surprised if later today some of my muscles protest soreness for being awakened. Good.

Altogether, Tilda-Hilda and I pedaled nearly 5 miles to and from and around downtown. I sweated, which is why I'm counting this as a workout. With all the picture-taking I was doing, I forgot to take one of Tilda-Hilda.  Hence, the photo of her happily back home.

Until the next ride.