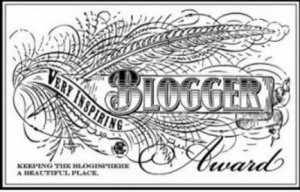 Recently, Birgit of BB Creations honored me with the Inspiring Blog Award. Thank you, Birgit, I appreciate it very much.

The award came with a request that I write about three things that have inspired me this past few weeks. As usual, I started by pulling out the dictionary.


Inspire -- To rouse/motivate/encourage/influence/incite someone to do or feel something. In particular, to do some kind of creative thing.

Highly incited to clean the bedroom

Being bit two nights in a row, and having those bug bites swell and itch to no end, inspired me to find the source and do something about it. Poor Molly the Cat was brushed and combed several times throughout the day. Then I decided to look under our bed since I was being bit on my feet.

Carpet beetles were feasting on a blanket that once belonged to the Husband's parents, which we had tucked under the bed last summer. Out came the vacuum cleaner again! I got down on my stomach and back to vacuum and ended up with a bunch of bug bites on my torso, which also swelled and itched that I thought I was going crazy. After more vacuuming, including the closet and the drawers, we checked through all our clothes in the closet and dresser, threw some clothing out, and did a lot of laundry. The positive spin to all this is that we now have an organized closet and dresser. 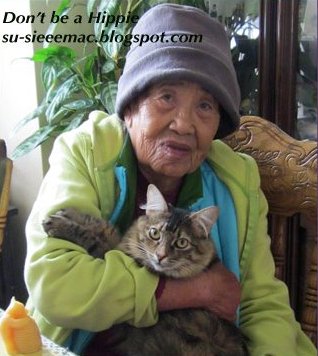 Roused to find out what's happening with the Ladies

The Husband and I take care of two ladies—Molly the Cat and the Mama. We don't tell them that. It's best to let them think they take care of us, which they do. Care taking, at least for me, involves a part of my mind constantly keeping tabs on where they are and taking note of sudden sounds and noises.

I didn't wait to finish typing my sentence. Out the door I went. "What's wrong, Molly?"

"Meeeeeow!" Molly the Cat said, walking back and forth in the hallway, just above the stairway. She stopped and gave me first an accusing look of Where were you today? and then a demanding look of Pay attention to me. Now!  So, of course, I picked her up and cuddled her as I walked over to the Husband, who then took her in his lap and I went back to complete my sentence.

Scene: This morning in the office.

Another sentence went uncompleted. I bounced down the stairs and around the corner. Mama was bent over, reaching for something under a desk. "What are you doing?"

As Mama glanced up. I noticed the pot of rice beside her. "I opened the last container of rice," she said. Without saying anything to me, I knew that we would need to buy a sack of rice the next time we go to Costco.

Motivated to be creative

I gave this more than a cursory thought. Cursory, ha! That's a big word for me. It came out of somewhere, I just don't know where. That's where I think my creative inspiration comes from. That somewhere that holds the everything that moves me to be creative—to write, to draw, to take photos, to cook, to sew, or to organize chaos in my closet.

And, what are those every things? These are just a few examples:
Every day, new things that I see, smell, hear, touch, taste, and sense get stored in that somewhere from which my inspiration comes. 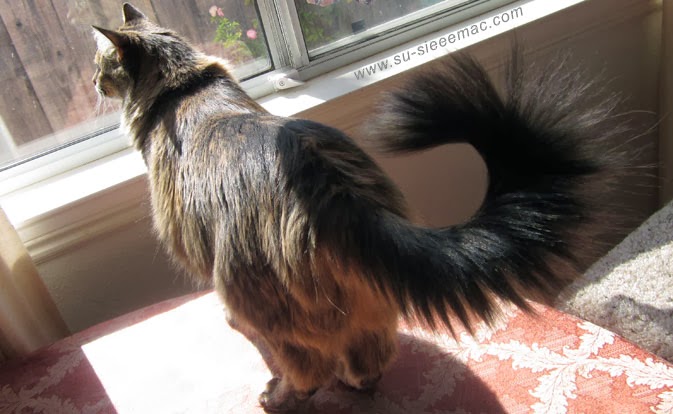