A Bunch of Firsts in June

And, because it's July first, I'm going to tell, and show, some of the firsts that the Husband and I experienced in June. Bottom line: summer is definitely here. Whooo-hooo!

As some of you know, I do another blog called Take 25 to Hollister, which is all about where we live in California. Yup, Hollister, California. Our history and culture is not at all like the fictional Hollister, California of clothing fame. If you're interested in knowing the difference, check out this post. But, I mention the blog because our first-time experiences took place in Hollister and nearby locations. You'll also probably notice the watermark on some of my photos. Now, on with the show and tell. 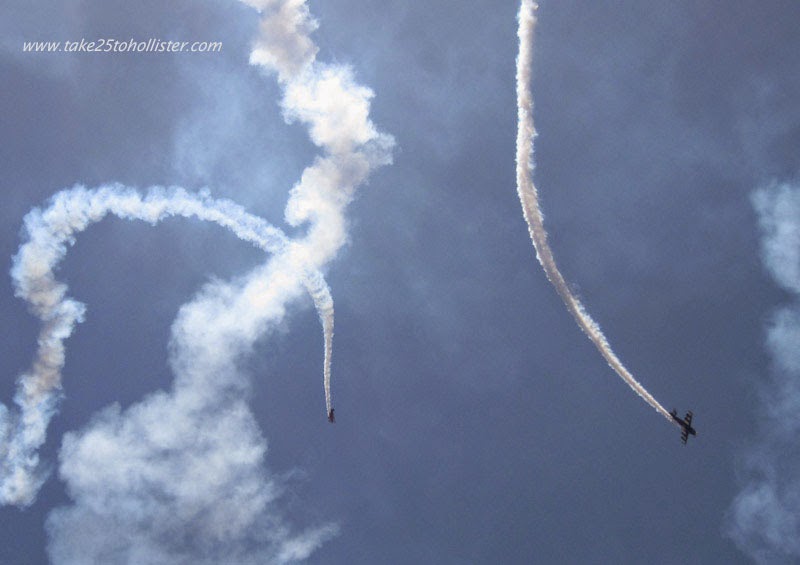 Have you ever seen an air show from the flight line? It's definitely a different experience from suddenly stopping on the side of the road and peering up into the sky at the planes. That's how I've seen air shows in the past. The aerobatic pilots were amazing. I don't want to learn to fly anymore, but I wouldn't mind riding along with one of them. And, when I watched the WWII fighter trainers fly by, I got emotional thinking about their roles.

I also had another first. A local online news portal left a press pass for me, so I could cover the airshow. I didn't use it though, because I'd already bought tickets. But, I should've anyway for a souvenir, huh? 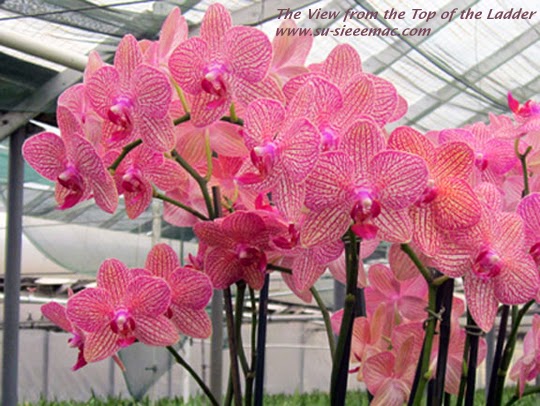 For the past few years,  greenhouse growers in nearby Monterey County open their doors to the public once a year. They give tours of their operations and give visitors the opportunity to purchase their gorgeous flowers and trees. The Husband and I managed to see four of the five greenhouse companies. Breathing in all that fresh oxygen made me quite mellow. I also have an album of our greenhouse tour, if you're interested. 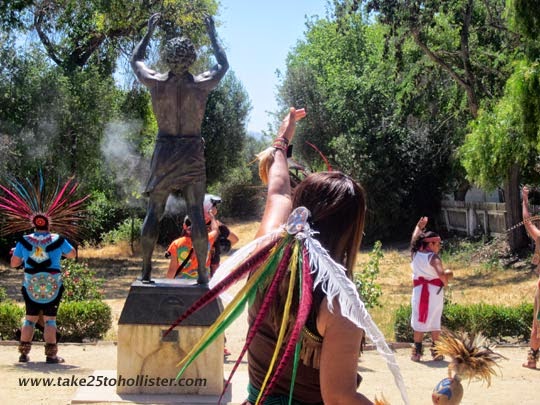 About seven miles west of Hollister is San Juan Bautista, which is named after Mission San Juan Bautista, one of the 21 missions that Spanish padres built in California between 1769 and 1833. The church holds an annual festival in honor of St. John the Baptist.

The fiesta began after mass with a procession from the mission, around the historical San Juan Bautista plaza, down to the main street of town, through part of town, and up to the historic olive grove where the fiesta was held. This year, the procession was led by a conchero dance troupe, which held a traditional blessing ceremony next to the statue of St. John the Baptist. Want to see more photos? Check out this album. 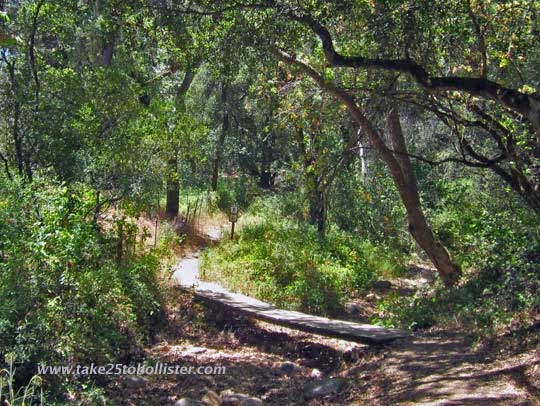 The Hollister Hills State Vehicular Recreation Area is few miles south of Hollister. Nearly every day, trucks loaded with dirt bikes, ATVs, and other off-road vehicles head up to the park. The Husband and I have often wanted to wander there, and we finally had the chance when we learned it had a nature area for hikers. On the map, it looks like a large area, but it's not. The longest trail is a mile, more or less. As we traipsed over a few low bridges, I thought what a gorgeous walk this would be after a spring rain. 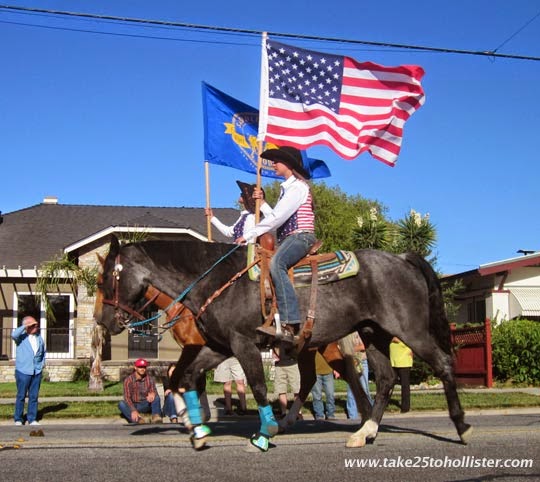 Another annual event that we have is the San Benito County Saddle Horse Show and Rodeo, which begins with a parade through downtown Hollister. This is the first year that I went without the Husband who was ill. It turned out he had a bad case of vertigo, which is another story. I certainly missed sitting next to him on the curb, which is truly the best view for watching parades.

Yes, I have a Facebook album of the parade. Here you go. 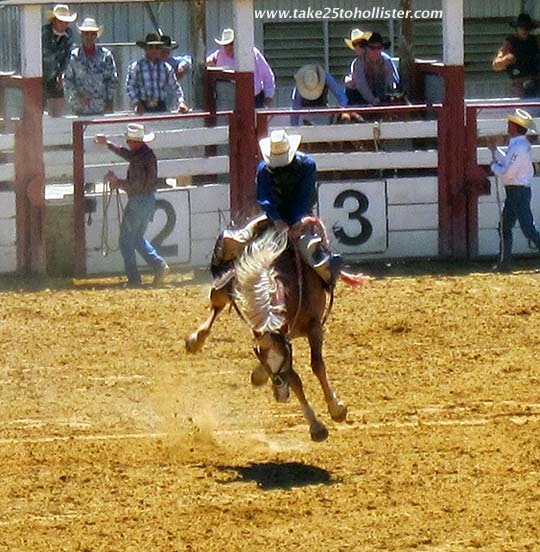 Before the Husband came down with vertigo, I won free tickets to the rodeo. Whoo-hooo! We played it by ear and by the time of the rodeo, the Husband said he felt fine, though a bit wobbly, and was raring to go. And, so we saw our first rodeo ever. Yi-haw! Yup. I have an album of more photos that you can check out, if you'd like.

What a month! No wonder I feel tired. Now, it's time to go prune the tree and cut the lawn in the front yard. See ya.