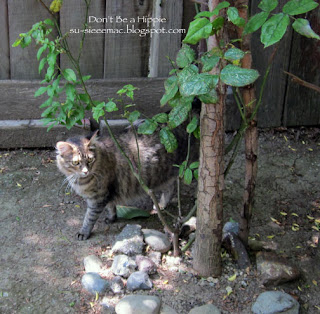 What's the word I'm thinking of?

That's my life these days. And, that's not good when you make your livelihood as a writer.

The word I'm trying to think of is usually a simple word, too. Forget about asking for an example, because I can't remember any one of my 500 million+ instances at the moment.

All I know is that the word I'm trying to think of just dangles ghost-like in my mind. I really dislike the way a word plays hide-and-seek with me.

If the Husband happens to be nearby, I'll ask him for help. "What's the word that means  blah blah blah." Most often, thank goodness, he knows the word I'm seeking. Some times, he throws out a bunch of words. None of which fit what I'm wanting to write. Other times, well, let's just say that I just type in blab blab blab and move on to my next thought, choosing to believe that the word will show itself. Eventually, it does. So far. Thank goodness.

This trouble of finding the right word snuck up on me all of a sudden. But, then, it could've been gradual. I don't know.  If I were to believe the psychobabble I was taught in my 12th grade psychology class, my mental capacity started going downhill right after I graduated high school. Ha! Seriously, I was taught that. I hope they don't still feed that kind of rot to kids. I mean, come on, what a way to discourage the adventure of starting off being a post high school kid. (Well, there's an example for you. Instead of a cool, smart precise word, I give you"post high school kid".)

What was I talking about? As usual, I find myself thinking about something way in the past. That's another thing. How did I suddenly become one of the oldest elephants in the room? One thing about being an oldest one, sometimes the very young ones applaud you for doing something you normally do—such as catch a fly ball (not that I do that) or walk up a mountain (that I still do).

I know I'm rambling now.  Before I go down another wordy path, I shall say this: I think part of my problem was/is due to menopause/postmenopause.  Not all. Maybe 30 percent. I didn't get the hot flashes, which I suppose was a good thing. At least my memory lapses weren't/aren't so bad that I forgot that I did agree to skip exchanging Christmas presents. But, then, I can't recall.

By the way, if I've already written about this. Well, uhm, Merry Christmas!