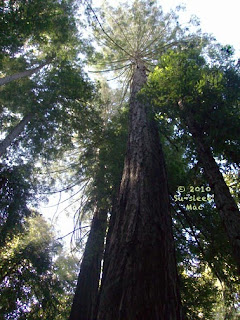 The other day I was doing research about Dr. Robert H. Goddard, the father of modern rocketry.  Interesting fellow that Dr. Goddard. Quite a visionary. A lot of people thought he was a crackpot. That all changed when the space program began. Ah, then the adulation and the awards came left and right for the man. Unfortunately, Dr. Goddard was dead by then. I hadn't planned on telling you that, but there it is.

What I did want to mention was that Dr. Goddard had a personal holiday that he called his anniversary day.  He celebrated the day he was a kid sitting in a tree and looked up into the sky and had an epiphany about rockets and space. Yes, I know. Pretty cool. Not to worry though. I'm not going to go into the technical stuff about rockets and space. Not like I could. The important part here is that I decided that I need a personal holiday.

When I was in my early 20s, I was influenced by the unbirthday idea and did that for a year or so. I chose July 15 because that was my dad's birthday. But, we always celebrated his birthday on the 25th. He even used July 25 as his official birth date. The reason was very simple.

As far as I know, Daddy had only one formal document to "prove" he was ever born and that was his baptismal record which was written in Spanish. Daddy—and probably many in his family—did not read Spanish. I can only speculate that Spanish was still the official language of the Roman Catholic Church in the Philippines when he was born in 1905. Anyway, his baptism was on July 25 which was the same day as the celebration of  Santiago Apostol (St. James), the patron saint of his hometown Santiago, Ilocos Sur. I have no idea if his parents decided to name him after the patron saint because that was the day of his baptism or if they waited for the feast day to baptize him. Either way, I wouldn't be surprised if they were hedging their bets for good fortune for their baby boy.

According to the Spanish baptismal record, the baby boy being baptized that day--July 25--was born 10 days ago. So, there you go. July 15. Daddy's birth date. My unbirthday. Now, my personal holiday.

Back to Dr. Goddard, please. On his Anniversary Day in 1913, he wrote in his diary a list of things he needed to do. Some of them were complete patent applications for his inventions, research meteors, study Darwin's theory about lunar motion, and "try a jet".  Thank goodness for Dr. Goddard.

I doubt that I will be as ambitious as Dr. G. on my personal holiday, which shall be this Sunday. Maybe I'll go read a book under a tree in the backyard. And, maybe I'll bring a notebook and pen in the event I get a revelation about something grand.