Q is for Questioning

A couple of letters ago, O to be exact, I griped about the high medical bills we got for the 10 stitches in the husband's finger at our local emergency department. They amounted to over $3,000 for about 45 minutes of medical attention. And, we were there for five hours. The doctor's bill was over $1,600. Man! I thought it would be about $300.

After getting the doctor's bill, we questioned all the charges, including the hospital's, which we had already paid. I talked with the emergency department director, who after trying to feed me the corporate line finally listened and understood my complaint. She became outraged at how much the emergency medical service, with which the hospital contracts, was charging. She told me that if we write a letter, she'd be sure to investigate our case. 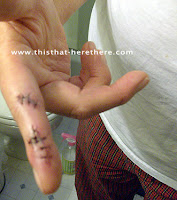 So, that's what we did. We did our homework and learned that the contractor pays temporary emergency doctors who work at our hospital about $130 per hour. Why then did the company charge us $1,600 for the 25 minutes that the doctor spent with the husband? Makes your head spin, huh? Forget about saying supplies and equipment. That was covered in the hospital's bill.

The whole time we were sitting in the emergency department, the husband was applying pressure to his finger. Except for the intake nurse giving him a bandage, no other medical expert looked at his finger until the doctor saw him. So, how did the hospital come up with charging us over $900 for sitting on two chairs in the patient's room? Okay, occasionally, the husband sat on the bed.

We wrote a three-page letter with attached exhibits and sent our package to the hospital's gatekeeper of patients relations, as well as copies to the emergency department director, the hospital CEO, every member on the hospital board, and the contractor, which is based in Pennsylvania. You bet, we like to cover all our bases.

Yesterday, we got two results after a week's wait. First, the contractor slashed the doctor's bill by 40 percent. Hurrah!

Second, the medical director of the local emergency department spoke with the husband over the phone. It was a long conversation. The doctor's job, of course, was to tell us that the medical community is forced to follow the system in place. The husband firmly and calmly told the doctor that his answer was not acceptable. He let the medical director know that the local medical community needs to figure something to make their services affordable to patients, particularly those hurting financially in this economy. The hospital is the only game in town for emergencies, after all.

The moral of the story: We don't give in to something that we think is unfair. We have to question the institutions. How could we live with ourselves, otherwise? 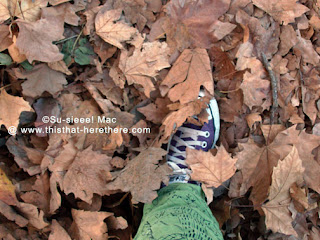