Cheers to Rain and Good Health! 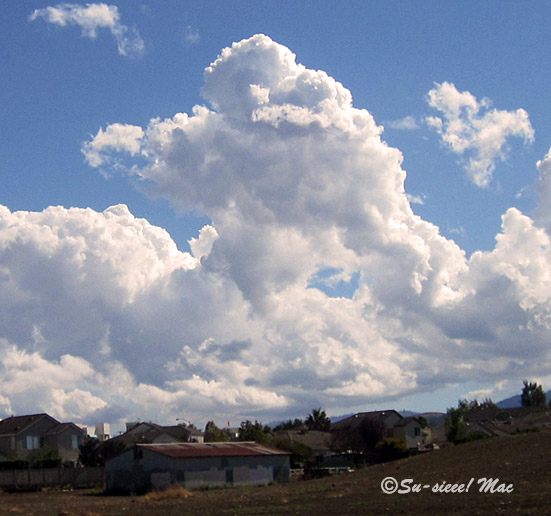 1) Four glorious days and nights of rain, off and on, enough to soak the ground, but not to get it ookey-muddy that I sink. Wish it did though.

2) We've been in a drought since 2011, not including the one year that the governor and experts said it was over. Really, though, we ought to go back to 2007. The experts said it was over in 2010. Ha!  Poor plants.
3) The experts predict that our part of the world should experience another exceptionally dry winter. I hope not.
4) From four days of collecting rain water and a couple of buckets of grey water from the kitchen, we have filled up a 30-gallon garbage can and a vintage metal milk churn (also called a milk can). Hurrah!
5) Yesterday, I got in a panic that the insurance company hadn't approved my upcoming knee surgery. Usually, it sends me a copy of any authorization it makes for me. Not seeing anything in my online account, I called the orthopedic center. The gatekeeper put me on hold to ask the nurse, returning to say the nurse just sent in a request today and ought to hear by Monday, the latest. Hmmm. I'll give the nurse the benefit of the doubt.
6) Back in January I decided to start the process of getting my knees fixed. I was told that things were crazy at the hospital, the pandemic, you know, and it would probably be April before they could start scheduling patients. Come April I called the orthopedic center to be told that they were backed up until August. Not hearing anything in July, I called. Was I forgotten? No, no, another gatekeeper reassured me. I'm in line and it would most likely be in October. Hello, September. Ring a ding ding. This time a gatekeeper told me that the doctor hadn't seen me in six months so I would have to start the process again.
7) Yes, I got upset and told the gatekeeper my saga a bit brusquely. After taking a deep breath and apologizing for my demeanor, I took the appointment she offered, which was happily before the month was up.
8) A few days later, I learned that other patients at the center had similar problems with scheduling, but whatever had been the kink was resolved. So, until yesterday, I thought the screw up was in the orthopedic center. I'm thinking it's more likely the hospital, which  includes the orthopedic center, because the hospital is in financial dire straits. Within the past two weeks, the hospital board fired its CEO and announced it was filing for bankruptcy. Surprise! Gulp. The hospital says it won't lay off staff or reduce services.
9) Recently, before firing the CEO, the hospital terminated its PPO and Medicare Advantage contracts with a major health insurance company. That company also administers our Medicare Advantage plan, but because we are part of one of its subsidiaries, we aren't affected. So, I keep being told each time I ask. I will continue asking, in case the left hand doesn't know what the right hand is doing.
10) The poor patients whose insurance plan isn't accepted. The hospital is the only game in town. If it's an emergency, it will honor anyone's insurance. Suppose an emergency patient needs to stay overnight or two or three or more in the hospital. What's she going to do? Whose going to figure where she can go and how to take her there? And, what if she has no means of transportation?
11) Knock on wood, the Husband and I stay healthy as we grow older.
12) I took a break from this post for get my pre-op stuff done by my primary doctor. It didn't happen. The top number of my blood pressure was high, 150. Historically too high for me, he said. Come back next week. If it's still high, he's putting me on medication. He told me that we'll get it down in time for surgery. I'm 34 days out.
13) Six years ago, I planned on knee surgery but then cancer said boo and I had to have a hysterectomy. This was followed by cataract surgeries for the husband and me and then topped off with the pandemic and finishing probate on Mama's estate. Maybe, I'm not meant to have my knees fixed. I told the Husband, if it's not happening in December, let's take a trip somewhere. We deserve it!
And, that's my story today. I'm sharing it with Thursday 13. Thanks for reading.