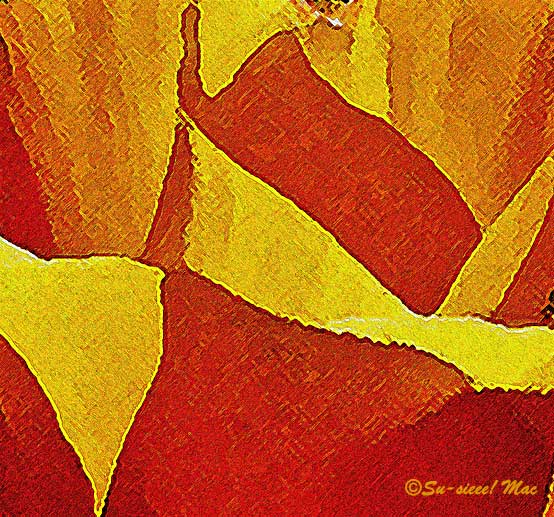 For the last two weeks I've been obsessed with doing jigsaw puzzles online. It simply happened. I entered a contest to win a copy of the upcoming Mary Russell–Sherlock Holmes mystery by Laurie R. King  that involved completing a jigsaw puzzle at Jigsawplanet.com.

I had no idea I liked doing jigsaw puzzles. Before I knew it, I found myself going back to the website every few hours to do 32-piece, 60-piece, 99-piece, and 120-piece puzzles of landscapes, flowers, and street scenes. I told the Husband about the website. He-he. He's doing them, too.

We talk about doing real puzzles, only that would require either clearing the kitchen table or bringing in a folding table into the living room. Problem with the latter is that would mean moving stuff around to make space for the table. Not going to happen. We could probably clear the kitchen table but then where are we going to eat.

Before I frittered away the hours on doing online jigsaw puzzles, I was consumed with playing a word game at Facebook in which I had to make a number of specific words from a bunch of given letters. I haven't done that in awhile.

Yup, I have an addictive nature. However, I think my preoccupation with these puzzles is almost over. I'm only interested now in completing 300-piece puzzles that have scenes from Bob's Burgers. There are only a few left to do.

Ha, I can hear the Husband doing an online puzzle. There's a click sound when pieces connect. Click. A rather satisfying sound. Click. Guess what I'm going to do next.