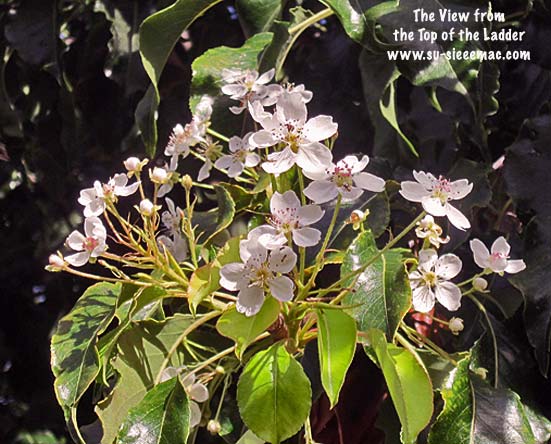 The ornamental pear tree in our front yard is totally mixed up. Flowers are blooming on some of its branches. They are definitely pretty, but that's not supposed to happen in October.

Nor, for that matter in December or January. That was going on last year and earlier this year.

Some branches bloomed in mid or late Spring when they are supposed to do their thing.

I don't think it's because of the drought. This tree is said to tolerate drought conditions. I think it's the hot temperatures we've been having the last two months that's causing some flowers to bloom.

We have yet to see flowers bloom on every branch at the same time. If it did, wowza, I imagine it to look like a tree full of snow.