September 03, 2015
The Pinnacles National Park is a comfortable drive away—about 30 to 40 minutes—through gorgeous rural landscape. I sometimes think that I can pedal Tilda-Hilda there one day. Yes, we're still going out nearly every day, but only around the neighborhood. I'll do an update about us tomorrow. Maybe. Back to the Pinnacles. 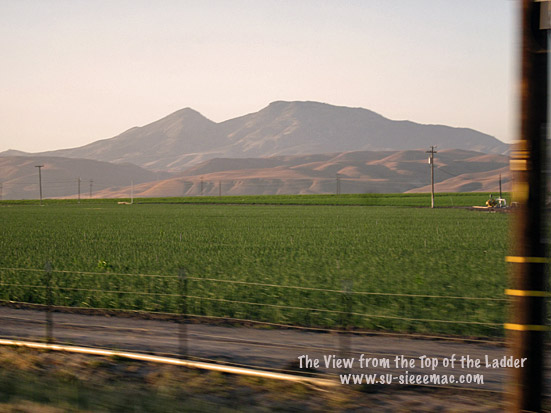 The Pinnacles is truly odd topography in Central Coast California. It's a lone mountain, straddling San Benito and Monterey counties. On the western side (Monterey County), the Pinnacles seems to pop up from no where above Salinas Valley. From the distance, you think it's simply a low, nondescript mountain. Nope. It's when you go into the park that you see the amazing, inspiring rocky spires for which the park got its name. 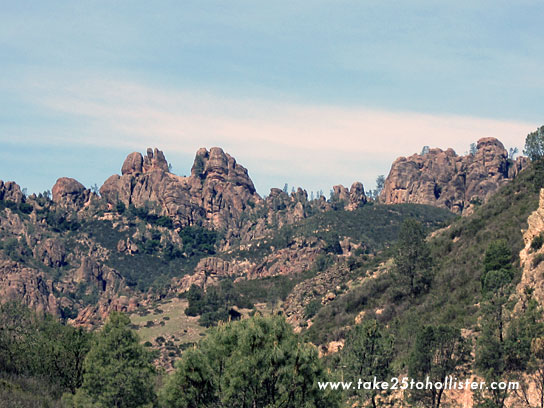 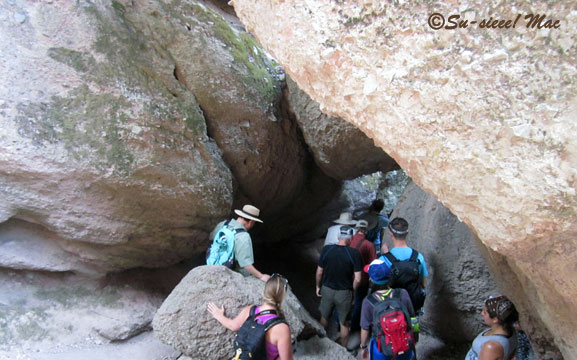 Congress designated the Pinnacles a national park a couple years ago, but it has been part of the National Park Service since 1908 when it was established as the Pinnacles National Monument.
Being a national park is different. There are more park rangers, more park programs and activities, and more marketing, which translates into more visitors. The Pinnacles has the distinction of being the only national park near the Pacific Coast, between San Francisco and Los Angeles. 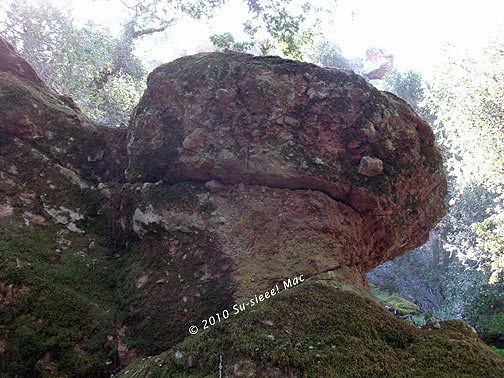 Here are some of unique things about the Pinnacles National Park. To learn more about the park, check out its website. 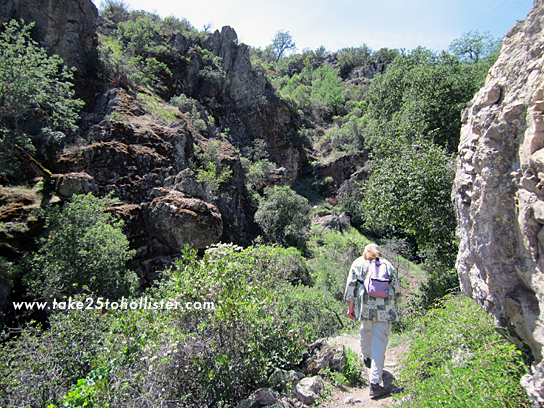 The Pinnacles has two entrances, with not a road to connect the two. The western entrance is in Monterey County, while the eastern one in San Benito County. The campsites are on the eastern side of the park. The temperatures get into the triple digits during the summer months. Just saying. 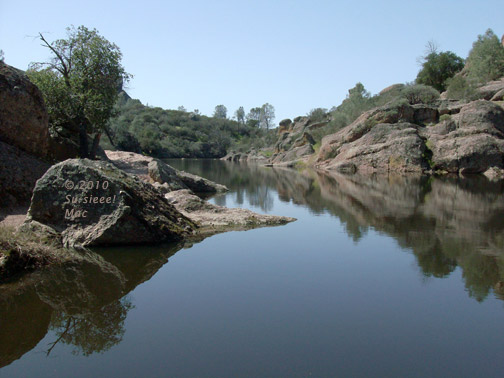 The Pinnacles was one of the places where we took visitors for a picnic and a hike through the caves and up to the reservoir. Come to think of it, the Daddy and the other men stayed behind barbecuing while the women and children hiked.  When the Only and Older Brother was a youth counselor in San Francisco in the early 1970s, he brought a few of the kids down to the Pinnacles for their first camping experience. He invited me along, which my first-time camping too. I had no idea the stars could be even brighter. 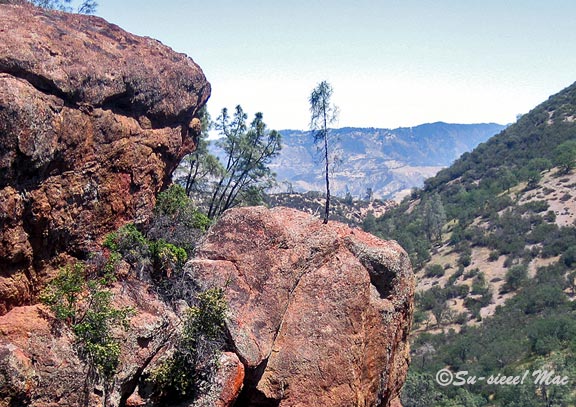 The Mama loved going to the Pinnacles. She says the wind through the mountains reminds her of the Philippines.  The last time the Mama hiked in the Pinnacles was over 20 years ago. We were on the western side, heading for the caves. About halfway there, she decided to go back to the picnic tables. Not to worry, she said. "I know where to go." 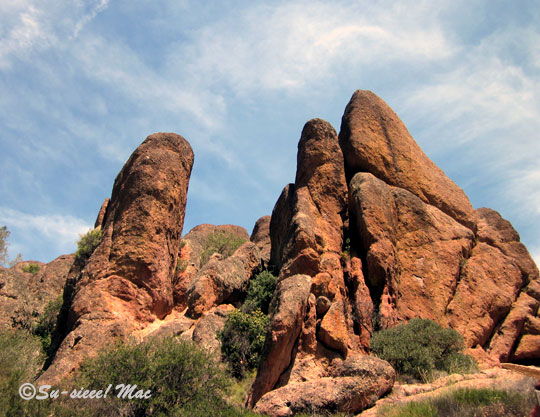 When we got back an hour later, she wasn't there. Panic attack! Another hour passed before the Mama ambled into the parking lot on her own. She missed the turn to the parking lot and headed up the trail to the high peaks. She told us rather calmly that when she got up to a high point, she saw the parking lot, and turned back.

I told her that we thought she was lost and the rangers were out looking for her. She didn't like that at all. "I was okay," she said. "Tell them not to put my name in the newspaper." That's the Mama.

Click here to check out the other participants of Alphabe-Thursday, which is hosted by the wonderful Jenny Matlock. Yup, today is the letter P.