I visited Hawaii for the first time in Fall 1984. A girlfriend and I had plans to backpack the trail in Kauai, but she dropped out a few weeks before our departure. My vacation days were already set, so, I took the plunge and went to Hawaii by myself.

The moment I stepped off the plane in Honolulu, I felt like I'd come home. The warm breeze, swaying palms, the sultry air, the local people. They all spoke to my being. Unlike the Philippines that I'd visited 10 years earlier. Unlike Hollister where I was born and raised. Unlike San Francisco where I was then living. 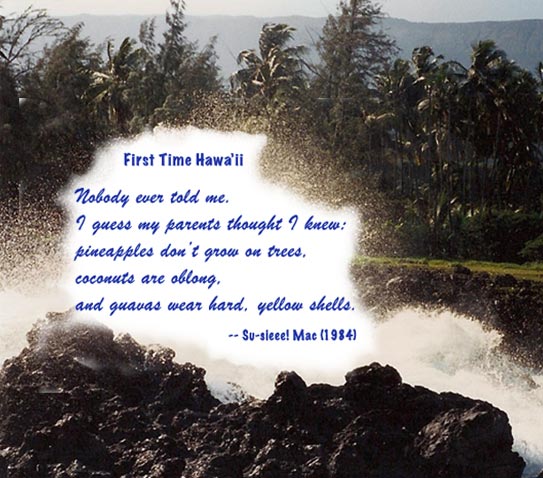 The first time I drove into a sugar cane field, I wondered if the Daddy may have worked there long ago. The Daddy lived in Hawaii from his early 20s to his early 40s. I asked him once, "Where did you live?" "All over," he said. "Maui. Hilo. Kauai. Oahu. All over." He signed a three-year contract to work in the Hawaiian sugarcane fields. Go there, make money, go home to the Philippines rich. Ha! That's a story for another time. 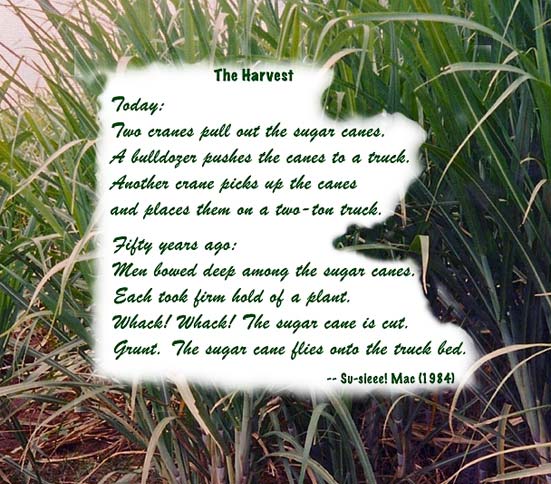 Molokai
Molokai is the smallest of the major Hawaiian islands. Back then, it didn't have too many big-time resorts which was why I wanted to go there. I figured it would be the most rustic, laid back, and close to how it looked when the Daddy lived in Hawaii. I stayed for three nights at an inn that turned once-upon-a-time plantation workers' huts into hotel rooms. 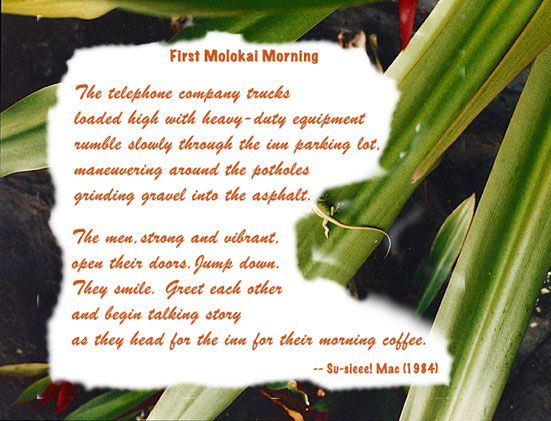 On the east side of Molokai is the Halawa Valley where I'd heard you could hike in a mile or so and swim under waterfalls. Being alone, and hearing the Mama's "Beware, Be careful" voice in my head, I was hesitant about going there. But, swimming under waterfalls? When would I have that chance again? I drove to the east end. I saw no signs as to where to go. (Remember this is in the 1980s. It's most likely different now.) I started walking towards what looked like a path between some trees.

An elderly woman appeared from seemingly no where. We greeted each other and talked for a bit. She told me how to get to the falls. "You'll be okay," she said.  I walked onward. Not too many steps away, I turned to look at her, but she was no longer there.  I thought of her as Pele, the goddess of the volcanoes, who dropped by to assure me I was fine.

The Big Island
Seven days on The Big Island of Hawaii allowed me the luxury to explore the Hawai'i Volcanoes National Park and venture about the whole island. It rained a lot during my stay. I didn't mind it at all. 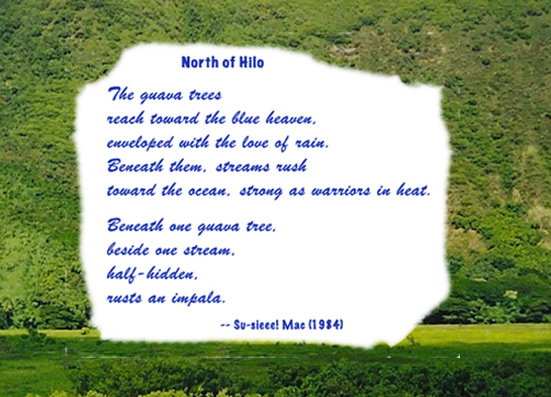 What do I remember: Seeing newly formed swirls of lava and lush vegetation growing in age old rich volcanic soil. . . eating the tastiest slice of lemon meringue pie in the middle of Hawaii's cowboy country. . . meeting a woman park ranger who started her career in her 40s. . .standing at the southern point of the United States. . .reading graffiti made with old lava rocks along the Kona coast. . .driving up and down the Chain of Craters Road. . .being scared of a big storm warning. . .smelling the scent of the ginger, pikake, and other flowers. . .liking the scenery. . .loving how the warm ocean air felt upon my skin. . .feeling the sacredness of the island.

Instead of a camera, I carried a notebook. I wrote and wrote. I wrote poems back then, which I'm sharing for the first time. The photos are ones that I took on subsequent visits with first the Late First Husband and, later, the Husband. 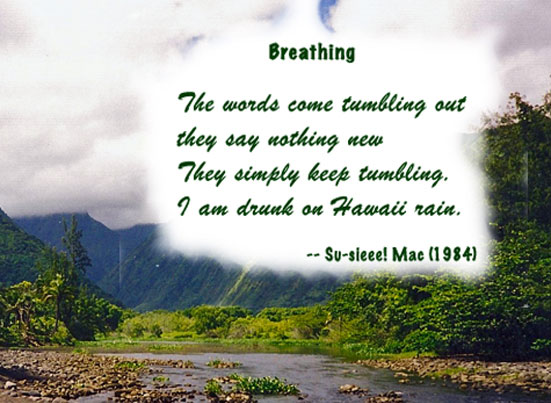 I'm glad my first venture to Hawaii was by myself. I needed it.

Alphabe Thursday is hosted by sweet Mrs. Jenny Matlock. To read what other bloggers have written about the letter H, please click here.