J is for Just for Me 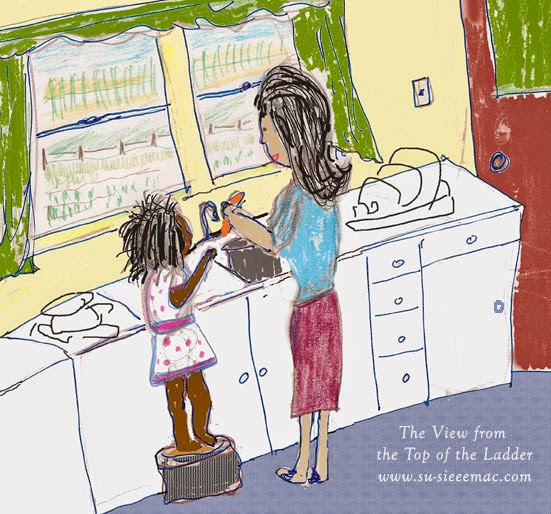 Someone was at the kitchen door, which was the back door at our house on 44 Shore Road.  The Mama opened the door. I was sitting at the kitchen table, keeping her company as she prepared dinner.

It was Uncle Frank, the Daddy's younger brother. He carried a tree stump in his arms.

"I cut down a tree in my back yard," said Uncle Frank, putting it down on the floor, next to the kitchen counter. "I thought it was the right size for Susie."

I was four. I don't recall much of what happened other than being helped up on the stump and being able to see over the kitchen sink.

I don't remember much of those very early years. But, I must've been in the kitchen a lot with the Mama. Enough so that Uncle Frank thought I should have something just for me to stand on when I was there.