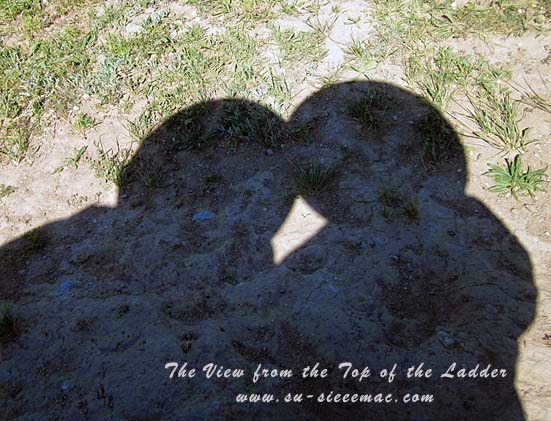 Don't those shadows look like astronauts wearing their bubble helmets?

Did you ever see the TV comedy My Favorite Martian in the 1960s or as reruns later on?  It starred Ray Walston as the martian who lived on Earth and his disguise was Uncle Martin to reporter Tim, who was played by Bill Bixby. It was a silly and very likable show. At least for me. I always enjoyed it when Uncle Martin's martian antennas popped out of his head.

Guess what the Husband and I saw yesterday on our hike? 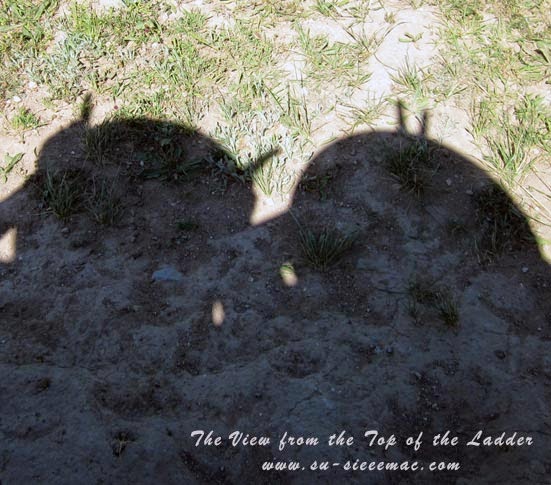