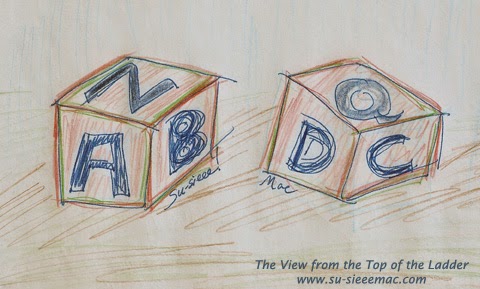 That's what I said at a job interview for a youth counselor position in the late 1970s. I cannot recall what the interviewers had asked me, nor can I remember why I chose to give a "thinking out of the box" response.  This was my second interview for the position so perhaps I tried to sabotage myself. I was very good about things like that back then.

I did not get the job. No surprise there. But, I figured it was more so because I didn't have the desired skill of being bilingual in Spanish. A month later, the group offered me a temporary position as one of the eligibility officers for its summer youth employment program. That job turned out to be more compatible with my personality.

A few days on the job, I met the woman who was hired for the youth counselor position. Unlike me, she had a working relationship with the interviewers, having previously worked with them in temporary summer positions. Like me, she had recently returned to her home town. She also did not speak Spanish fluently.

Maybe the interviewers did consider my answer flaky.