Thirteen in the Garden, More or Less 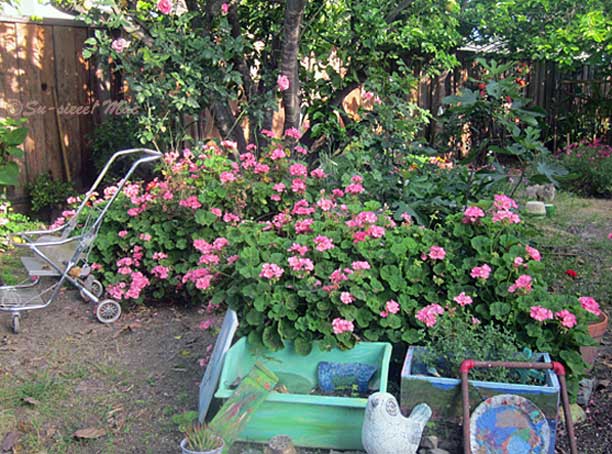 1. I've been working in the yard the past few days. It's getting where I prefer being outdoors. What am I talking about?  I've always rather be outside. It was when I was living in San Francisco that I got used to being indoors. After all, I can walk around without shoes.

2. Speaking of being barefoot. Last night we watched Sayonara, starring Marlon Brando, a 1957 film based in Japan about the prejudice against interracial relationships, in particular, marriage (Heavens to Murgatroyd) between American military men and Japanese women. There was also a hint of lust between a Japanese man and an American woman, which probably drew both an aghast! and a titillated hmmm from the audience.

3. There's a similar theme in the musical South Pacific. In one scene, the American officer, who's in love with an island girl, and the American Army nurse, who's horrified the deceased wife of the man she loves was an island woman, commiserate about having to follow traditions and norms. Hence, they warble  "You've got to be taught before it's too late...to hate all the people your relatives hate. . ."

4. I've strayed. The subject was bare feet, or being barefoot.  There's a scene in Sayonara where Marlon Brando sat sprawled on a window seat while his superior tells him to get over his love for the Japanese woman. I was impressed that the actor and/or director went with Brando being barefoot, and wiggling them, too, in the scene. Insolence couldn't have been shown better. 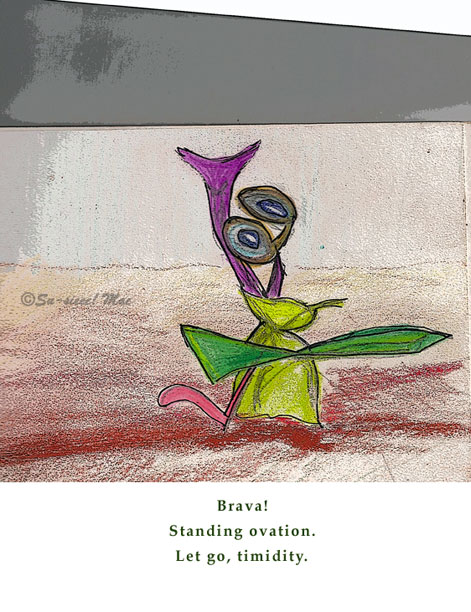 5. The beans have sprouted, yippieee. I also see tiny tomato, pepper, and eggplant sprouts. Knock on wood, the bittermelon seeds sprout. I'm already dreaming of eating chicken ginger, garlic, and bittermelon soup with white rice on the side. Yummmm. The soup will be all for me, because the Husband can't abide the bitter in bittermelon.

6. Several weeks ago I sowed spinach seeds in a plastic window box. Tiny yellow blades are the only things that have come up. I moved the planter around the yard looking for its sweet spot. Nothing.

7. On Monday I noticed two volunteer plants next to the driveway that looked like chard or spinach. This morning, while weeding along the back fence,  I kept finding that same plant. I've given up on the spinach in the window box. I'm going to try sowing seeds again, but this time straight into the ground. Same with arugula and baby greens. Just a few seeds. It's fun eating food we grow. 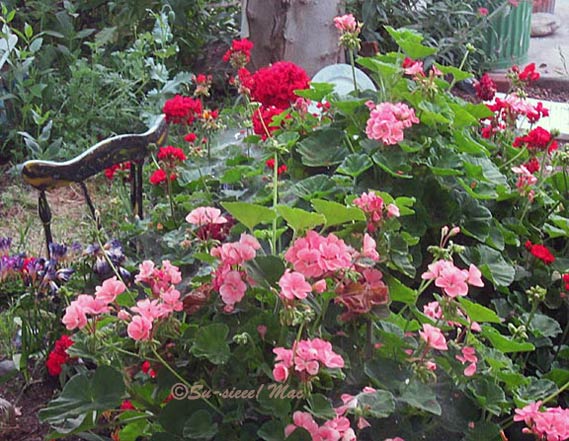 8. So, today, while raking leaves in the back yard, I stumbled across a half-eaten bird, maybe a mockingbird. I am proud to say that I handled it in a matter-of-fact way after I said, "Ewwwwwww." I asked the Husband for newspaper, picked up the poor creature,  wrapped it up, and tossed it.

9. We think the bird was offed by the cat Missy Molly chased out of the yard yesterday or the day before.  She let out an amazing yowl that got the Husband and me to go see what was what. The girl had that other cat running full speed to the fence and claw its way up to the top and away. 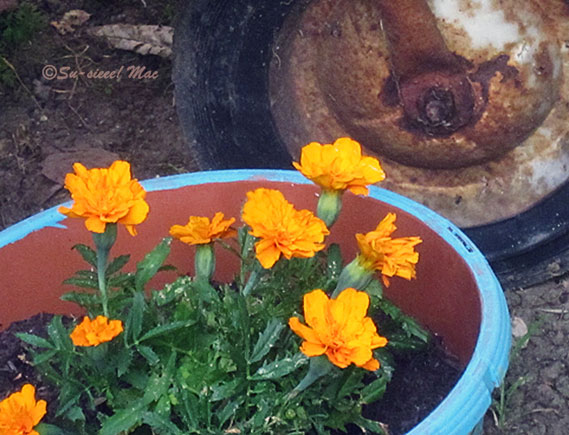 10. This has been one exciting day. Not only did I discover a half-eaten bird and maybe spinach growing helter-skelter around the yard, but also a lizard.  The Husband says it was about 4 1/2 to 5 inches. I say it was at least 3 inches longer.

11. Oh my gosh, I found the guy sitting on the rim of the basket that I was taking outside. The basket had held lemons. While removing the good lemons from that basket, I saw a pincher bug which I was able to catch. I was so intent on the insect that I didn't see the lizard until I was nearly out the door.

12. Last week I saw a lizard run into a hole in the bottom of the shed that's at the far end of the yard. I'm sure this was the same fellow. Yesterday afternoon, I cleaned out the shed and reorganized it so I can dry lupine and poppy pods in there. All my noise and movement must've scared the lizard.  We leave the back door open during the day so Missy Molly the pinky-nosed (wild) Cat can come and go. So who knows whether it was yesterday or today when the lizard made a left into our house.

13. The lizard looks quite healthy. If it feasts on earwigs or slugs, it can stay as long as it wants. I wonder if it can eat itself to the size of a Godzilla.

There you go. Now, how about checking out Thursday 13 with me.