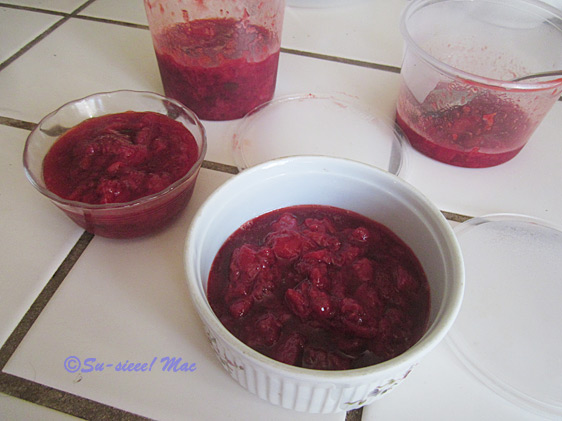 The Husband and I encountered danger yesterday—strawberry sauce. Oh my gosh!

I modified a recipe that called for 2 cups of diced strawberries. The recipe probably meant a dry measuring cup, but I overfilled a two-cup liquid measuring cup. The strawberries went into a small saucepan with juice from a medium-sized lemon, a half a cap full of limoncello (in place of vanilla), and about 2/3 to 3/4 cup of superfine sugar. The sugar is a guess because  I poured directly from the box, stopping only when it looked like it would be too much. I brought the concoction to a boil, stirring occasionally, then simmered it for 15 minutes.

We ate the strawberry sauce over a slice of toasted sourdough bread and a healthy sprinkling of ground almonds. Mmmmmmm.

Once upon a time, I would've eaten all of the sauce in one sitting and then promptly fall asleep in a drunken daze. The Husband said the sauce caused his eyelids and the bags under his eyes to sweat. When he was a kid, sweet tart candies did that to him, too. He thought it may be the combination of sweetness and tartness.

Okay, then. I eventually headed back into the kitchen and made another batch of sauce with the leftover two more pints of strawberries. The second time I added a full cap of limoncello (probably 2 tablespoons, more or less) and a bit of minced basil. That sauce has a richer, deeper taste.

This recipe is danger, I tell you. So simple, so easy, so excitingly delicious! AWAY, AWAY. AWAY
Until last Tuesday, I considered ourselves living in Northern California. Nope. Last Tuesday we drove about seven hours from the Trinity Alps area, near the Oregon border, to get home. To drive south to San Diego, near the Mexican border, from home would be about seven hours, too. Only took me 60-some years to understand that my hometown, in the only land-locked county on the California Central Coast, is in the middle of the state.

Last week, the Husband and I were away from Molly the Cat from Thursday to Tuesday. Molly's Aunties, an older friend and my godmother, checked on the Girl while we were gone, for which all three of us are very grateful. It has been over 10 years or so since our last road trip in which the Husband and I strayed from home for more than two nights. We both did a lot of road trips before we knew each other. Sometimes I wonder if we may have passed each other on highways and roads because we went to places in the Sierras, Northern California, Oregon, and Washington around the same time.

Our main destination was Eureka for a memorial of the Husband's aunt and uncle who died within a year of each other. It was a beautiful gravesite ceremony, including a 21-gun salute for Uncle who was a lifer in the Marines. Afterwards, we spent the day hanging out with the cousins, their children, who took care of them when it was time, and other relatives and friends, recalling mostly good times.

At one point, I looked around the table at all of us kids, in our 50s and 60s, sitting there. Some of us had taken care of our aged parents while others are currently taking care of their elderly parents. Not an easy row to hoe. To everyone out there in the same situation, kudos! to you and big hugs. 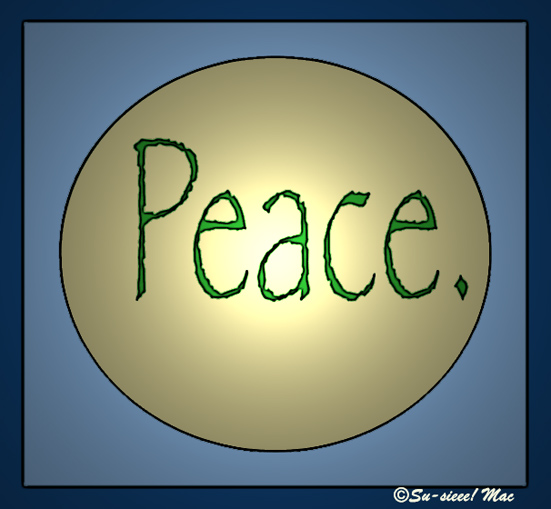 Since we were traveling a far, we decided to hang out a few extra days in the area. The first night we called Ft. Bragg home, Eureka, the next two nights, then Douglas City in the Trinity Alps area, the last two nights. We drove windy mountainous and coastal highways and enjoyed the freshness of being by the ocean and in forests within sight of natural granite skyscrapers.

We came upon a plump squirrel at a popular stop in Ft. Bragg that had no qualms of us standing nearby. Nearly the whole time it lay (that's the past tense of lie, say the experts) flat on its stomach. I wondered if was pregnant or simply fat from munching on all the scraps that humans dropped as they snacked and walked to the glass beach below.

We were going to walk down to the beach and pocket some sea glass but an Australian couple told us there was hardly any glass to be found. The photos in the brochures and such hyping the glass beach were taken about 20 years ago.  Oh well, we were quite happy talking with the squirrel and checking out the coastline. Don't you think the squirrel's pose looks like that of the rock?

I didn't take out my camera much on our trip.

The way a tree stump looks in afternoon lighting, snap.

Wildflowers, snap. A flower at a restaurant, snap. 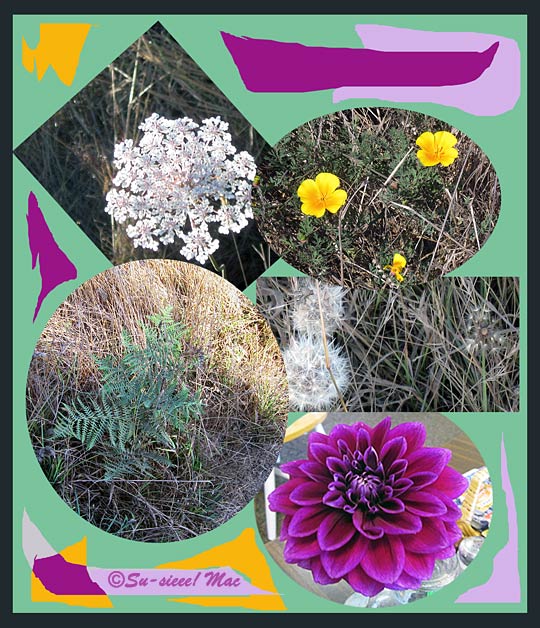 It was fun being away. The Husband and I travel well together, and now that he has new eyes, he is able to drive again, and at night, which I prefer not to do. I look forward to the next far-away ramble with the Husband, whenever and wherever that may be.

I'm heading over to All Seasons, hosted by Jesh of The Jesh Studio, and Mosaic Monday, hosted by Angie of Letting Go of the Bay Leaf. Come join me.