Every So Often — Snow on Them There Mountains! 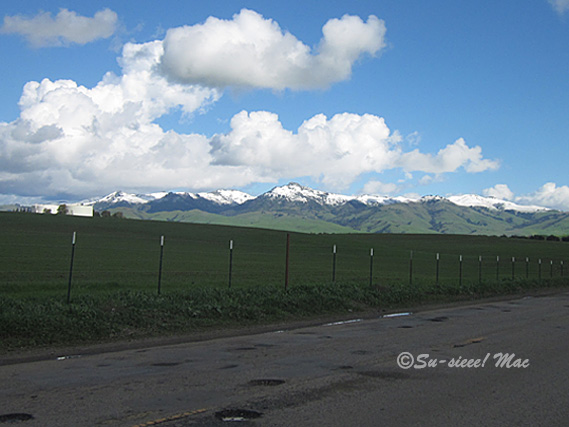 "Did you see the snow on the mountains?"

Everyone we talked to yesterday, both friends and strangers, bubbled ebulliently about the snow on the mountain ridges around us. "I don't have to go to the Sierras now," said a guy in the Target parking lot. 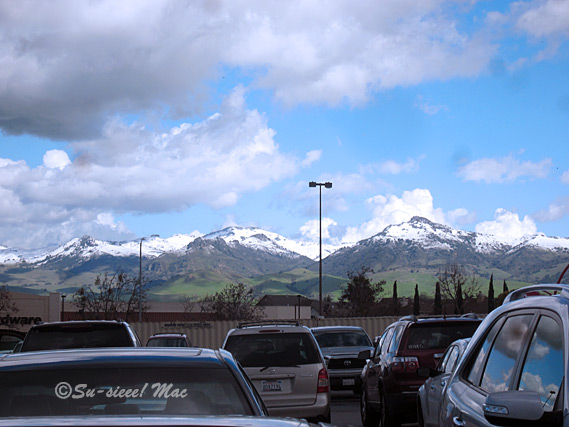 Not that it was a lot of snow. Simply a decent dusting on the forward peaks that lasted all day and a thick enough coating on the back peaks to be saying "Hello! Snow here!" today.

The temperatures have been in the 30s and 40s, which probably sound like the tropics to some of you. I don't recall the last time our tap water is as cold as water in a mountain lake. It tastes refreshing. 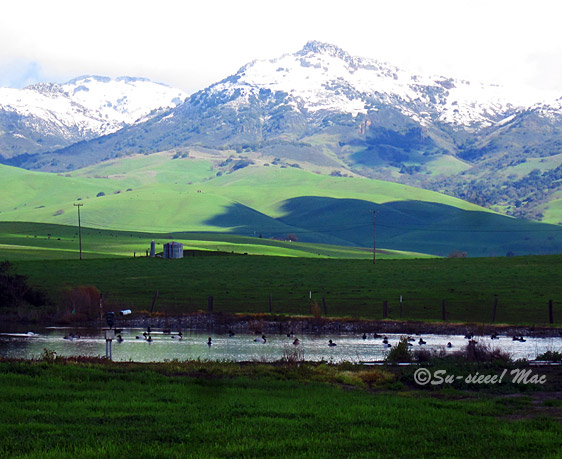 It has probably been 10 years, more or less, since we've seen snow in our area. Last time, the Husband and I drove up to the end of a long country road to wander in the snow and throw a snowball at each other. Not this time. We were afraid of flooding Eliza if we went through a deep puddle on the road. Swisssssssssssh. 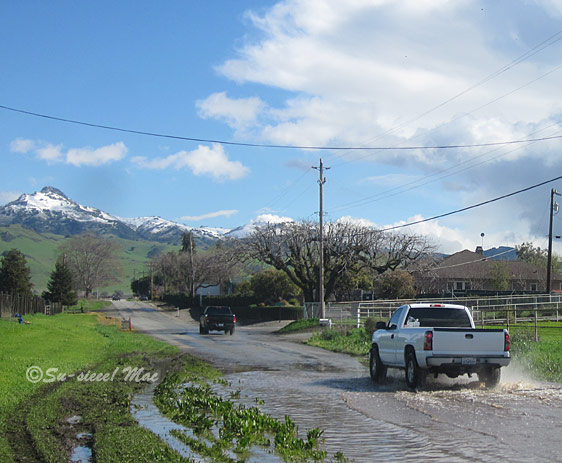 Just as well, the traffic on that quiet country road was hopping. Lots of people were also stopping on the side of roads to snap photos. We were no different.

When it snows, it's usually on the Diablo range, the eastern mountains flanking our valley. So, we were quite surprised to see not-as-obvious snow on the Gabilans, the range edging our southern perimeter. 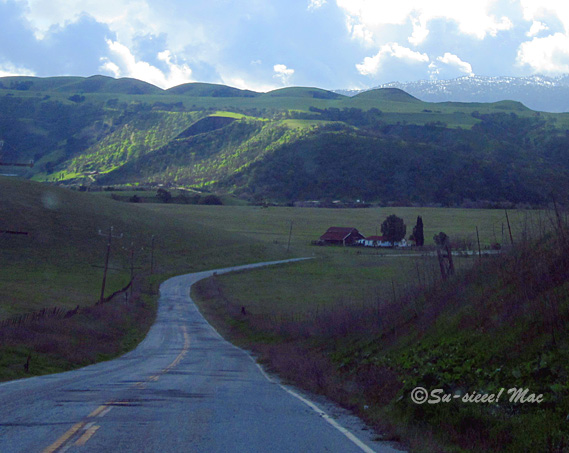 Snow is cool. Even more cool, the green mountainsides. We may just have a good water year.

The theme for ABC Wednesday this week is the letter E, wheeeeeee. To check out the weekly meme, click here. Thank you, ABCW hosts!