The Daddy on the Mainland 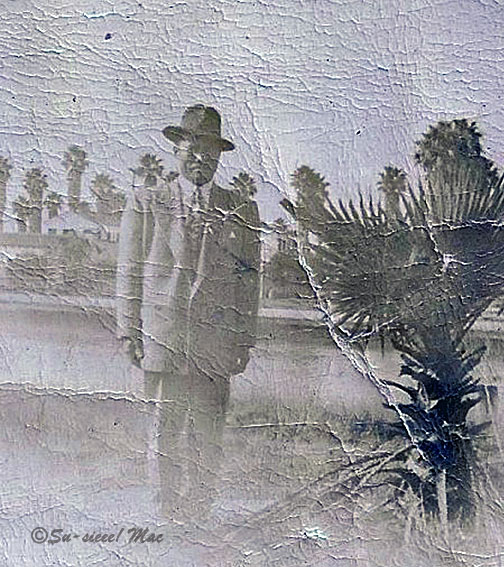 This faded photo of the Daddy was taken in 1946. That's all I know about the photo because the Mama had printed the year on the photograph. Technology has finally allowed me to see the image a bit more clearly.

Until today, I thought the Daddy was standing in a desert or someplace in Los Angeles. Now, I think the photo may have been taken somewhere nearby Hollister, soon after he moved here. The Daddy had been living in Hawaii for 18 years or more. He said that after the war, he was homesick for family. He had no idea if the family in the Philippines was alive, but he knew Uncle Frank was in Hollister, so he bought himself an airplane ticket to California. While serving in the Army during the war, he became a U.S. citizen, which I suspect made it easier for him to travel without questions.

In a year, the Daddy would go visit his mom and siblings in the Philippines. He told me that if his girlfriend was still unmarried, he would propose to her. I don't know know if he was kidding because he left his home in 1928 or 1929. He always did like to tell a good story.