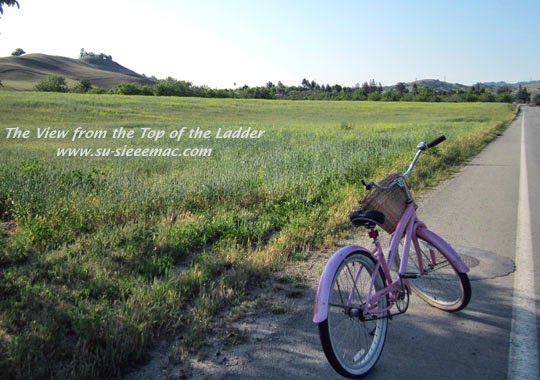 Finally, after 10 years, I have named the pink cruiser bicycle that I pedal. Say Hello to Tilda-Hilda.

Isn't she pretty? She's a bit shy, but very dependable. That Tilda-Hilda. Since December 31 of last year, she has taken me about 558 miles, which is like making three round trips from my hometown to San Francisco. Wowza!

And, in all that time, she has only had one flat tire, which I wrote about over here. That's a pretty good feat since I have a way of not noticing what I run over.

I am very proud of Tilda-Hilda. She gets a gold star. I get one too, for pedaling her all that much. 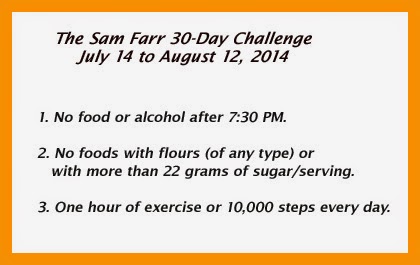 Yesterday (Monday) began the third week of the challenge. Whoo-hooo!

I shall toot my horn and say that I have been strong and skipped the ice cream, sesame balls, Filipino sweet flour balls, and fruit tarts when they were readily available.

I'm already thinking about what I want to do when this challenge is over. I heard that when you do something 30 days in a row, that thing becomes a habit. Don't think that works for me. On Sunday morning, I smelled pancakes at least twice on my ride and thought that's what I want when this is over. Then this morning, I pedaled through the shopping plaza that houses the best doughnuts in town. Yeah, you got it. I wanted a doughnut. But, not enough to break the challenge.  So, good for me.

Same thing with exercising. Will  I have built enough gumption by the end of 30 days to continue to bicycling and walking on a daily basis? We shall see.

Now, where shall Tilda-Hilda and I go tomorrow?