Xenophile: A person who likes foreign people and things.

Xenophobe: A person who is very afraid, for no sane reason, of anything foreign and, in particular, of people of foreign origin. 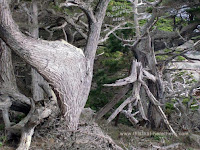 These two words are right next to each other in the dictionary, at least in mine it is. Anybody else see the irony in that? Xenophobe coming after xenophile, that is.

Seeing the two words together made me think of a few things:

My uncle and aunt lived in California but they couldn't get married there. I don't remember what year it was, but, it was before the state anti-miscegenation law was repealed in 1948. They had to travel to another state to tie the knot. I wonder if going back home was their honeymoon.

When I was in high school, 40 years ago, a friend told me that he didn't think he was going to like me because he had heard some ranchers talk about my brother and me. One of the ranchers had said something like: "Those kids sure know how to hold up their race." My friend thought I was trying to be "white".  That line still cracks me up, as I only raced in gym class.  I still would like to know who those guys were.

A college professor, originally from Australia, excused the grammar errors in my senior paper because English was my second language. For once, I kept my mouth shut and didn't tell her that I only spoke English. But, there was some truth in her assumption. For the first 19 years of my life, I was translating daily in real-time in my head my parents' language to English as they spoke to me so I could understand what they were saying. Too bad, the switch didn't work the other way.

These lines from Shylock's monologue in the Merchant of Venice when he was asked why he would take a pound of flesh from Antonio, the merchant, if he does not pay back a loan. Antonio, remember, hates the Jewish people.

"... If you prick us, do we not bleed? if you tickle us, do we not laugh? if you poison us, do we not die? and if you wrong us, shall we not revenge? If we are like you in the rest, we will resemble you in that. If a Jew wrong a Christian, what is his humility? Revenge. If a Christian wrong a Jew, what should his sufferance be by Christian example? Why, revenge. The villainy you teach me, I will execute, and it shall go hard but I will better the instruction."

Unlike Shylock, revenge does not interest me. That is being just as crazy as the xenophobe. Yes, it is.

Yesterday, the husband and I, who fortunately were able to get married in California, saw a very funny movie. Paul. I think it was written by a couple of funny, fun-loving xenophiles. You could almost say they were having fun with xenophobes. Be forewarned: It really is a silly movie.