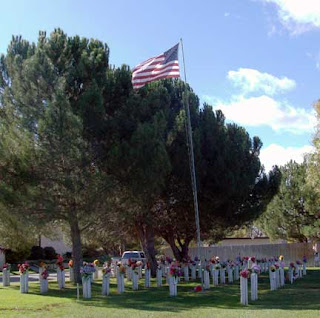 Here, then, I share with you two poems from the public domain.  Be forewarned: The poems are graphic. They are ugly. They are painful. As they should be. These poems give us a glimpse into the world of  men and women who live and risk dying in war, any war, so that corporations, businesses, churches, and other institutions may continue.

I am not advocating for or against war by presenting these two poems. I'll tell you this though: I would love the ideal conditions that beauty contestants want, "World peace."

This first poem was written by Alan Seeger, an American poet who joined the French Foreign Legion in 1914 so he could fight in the war against the Central Powers. He was killed in action in France two years later.

It may be he shall take my hand
And lead me into his dark land
And close my eyes and quench my breath -
It may be I shall pass him still.
I have a rendezvous with Death
On some scarred slope of battered hill,
When Spring comes round again this year
And the first meadow-flowers appear.

God knows 'twere better to be deep
Pillowed in silk and scented down,
Where love throbs out in blissful sleep,
Pulse nigh to pulse, and breath to breath,
Where hushed awakenings are dear...
But I've a rendezvous with Death
At midnight in some flaming town,
When Spring trips north again this year,
And I to my pledged word am true,
I shall not fail that rendezvous.

This second poem is by Thomas Hardy, the novelist who wrote Far from a Maddening Crowd.  This poem about war was published in 1902.

The Man He Killed
by Thomas Hardy

"Had he and I but met
By some old ancient inn,
We should have sat us down to wet
Right many a nipperkin!

"But ranged as infantry,
And staring face to face,
I shot at him as he at me,
And killed him in his place.

"I shot him dead because —
Because he was my foe,
Just so: my foe of course he was;
That's clear enough; although

"He thought he'd 'list, perhaps,
Off-hand like — just as I —
Was out of work — had sold his traps —
No other reason why.

"Yes; quaint and curious war is!
You shoot a fellow down
You'd treat if met where any bar is,
Or help to half-a-crown."