Summer Reading, So Shall I 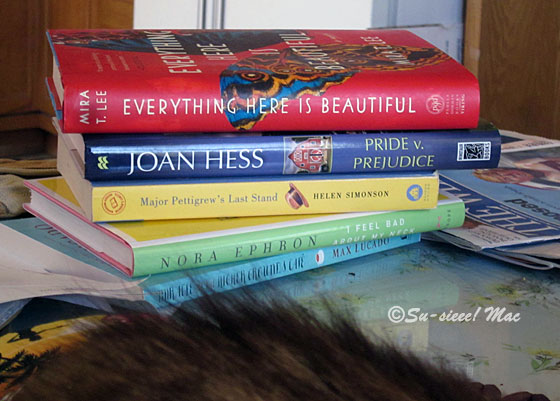 I bought five books, a buck a book, from the local Friends of the Library the other day. It took all of five minutes, a minute a book, to decide I wanted them. Hurrah, hurrah!

Molly the Cat likes the titles, too.  So it seems. 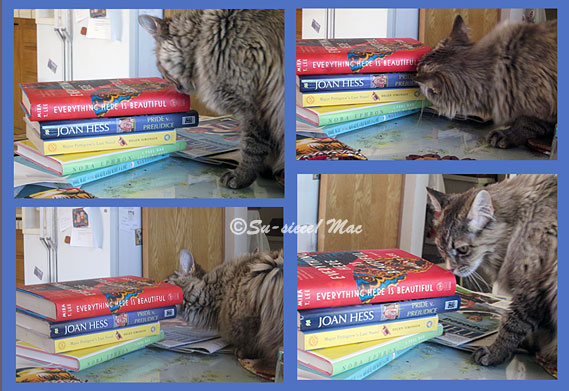 I'm still working on Anne Perry's latest Daniel Pitt novel, Triple Jeopardy, set in London in the early 1900s. If you read Perry's Charlotte and Thomas Pitt series, which was based in the 19th century at the end of Queen Victoria's reign, you may like the Daniel Pitt series. Daniel is a 20-ish attorney who is Charlotte's and Thomas's son. So far, his parents play a minor, but still very important, role in the series.

Once I'm done with Triple Jeopardy, I'll start on one of the five books. Which shall be first: Everything is Beautiful, by Mira T. Lee; Pride vs. Prejudice, by Joan Hess; Major Pettigrew's Last Stand, by Helen Simonson; I Feel Bad About My Neck, by Nora Ephron; or Miracle at the Higher Grounds Cafe by Max Lucado?

I wonder which one Molly prefers? 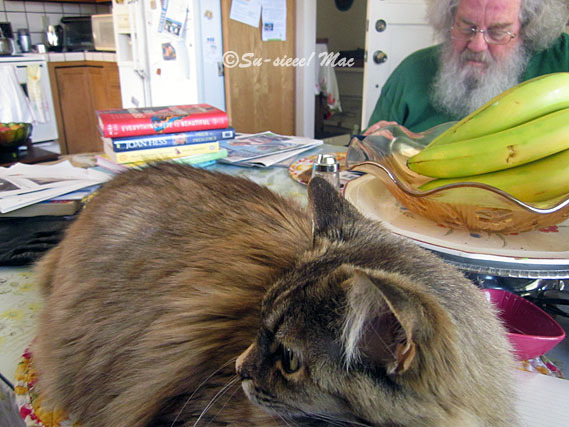 It's Monday Mosaic day, hosted by the delightful Angie of Letting Go of the Bay Leaf. Check out the meme here. Thanks, Angie!