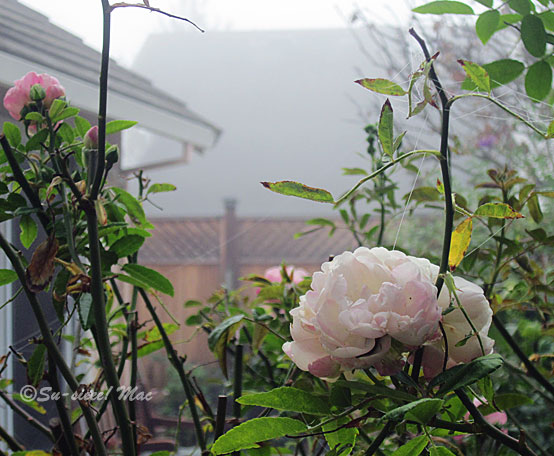 The fog rushed back in after the sun said good morning. It was strange to watch it fill in the sky rather than fade westerly. Thick, too. So pea-soupy thick, the birds flew low overhead. If I hadn't seen them I would've thought they were bats by the sound they made. Plap, plap, plap.

The other day I mentioned that I was painting a rice dispenser, which can hold about 25 to 30 pounds of rice, maybe a bit more. A couple years ago I tried selling it at a garage sale. No takers. Earlier this week I decided it can sit in the garden rather than the garage.

The Mama stopped using it a few years after the Husband and I moved in with her. She switched over to storing rice in big tins that once held her favorite crackers. I think she simply liked the idea of keeping rice in happy looking canisters rather than a dull plastic looking thing. 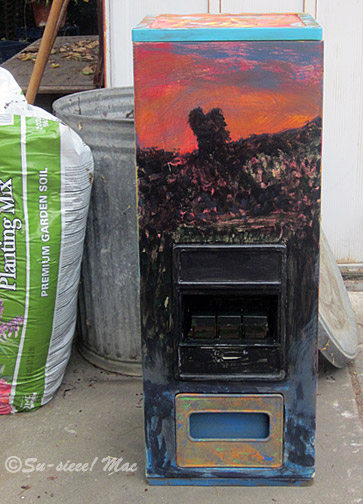 The rice dispenser is no longer dull, and it no longer stores rice. Now, its job is to hold potting soil. Ha! 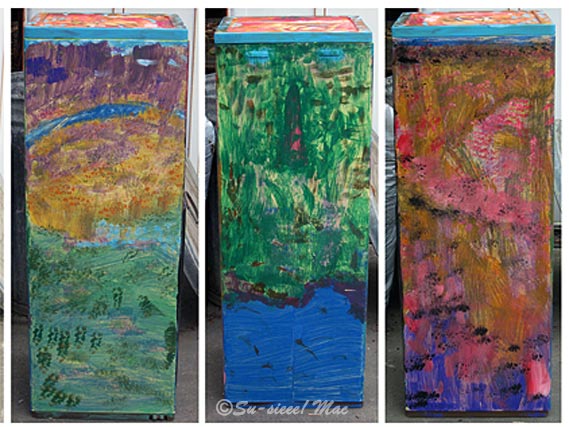 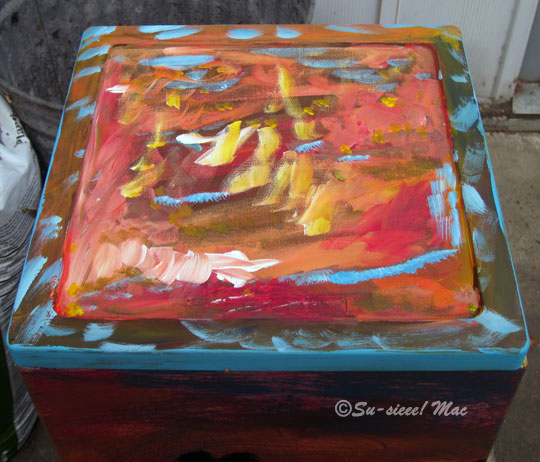 For those of you who are familiar with the Mama, do you think she'd approve?

Sunday means I'm hanging out at All Seasons, a weekly meme hosted by Jesh of The Jesh Studio. Click here to check out her blog. For this week's participants list, click here. Thanks, Jesh!