The Eyes of Mac 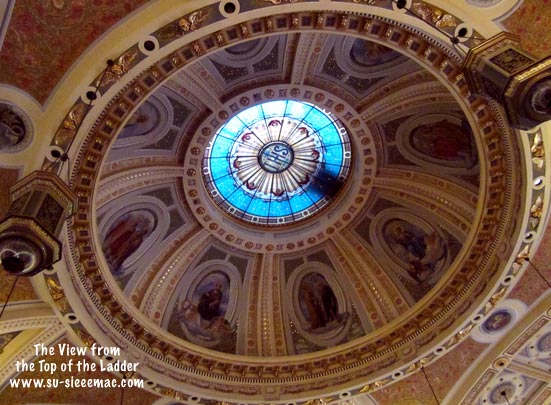 This morning I read in the AARP Magazine that glaring lights and difficulty driving at night are signs of developing cataracts. Ha! Night driving started becoming a frightful thing for me over five years ago.

Earlier this year I asked my primary doctor why he thought a sparkle-sparkle sometimes appeared inside my eye and only disappeared once it grew to the size of my eyeball. "Don't know," the old doc said, and sent me to an ophthalmologist whose appointment book was full for nearly two months. The young doc had no clue either, but she did discover cataracts in both my eyes, bad enough that my insurance would cover surgery. Yay! Also, Boooo!

I chose to get new prescription glasses, stubbornly thinking that all the deep scratches in my eight-year-old glasses were the problem. Ha, ha, I don't know better than the experts.

Anyway, Husband will probably need cataract surgery first. Much sooner, than later. He saw the optometrist a couple weeks ago who told Husband that he can't see the back of his eye. Whoa! We'll know more next week about Husband's fate when he meets with the ophthalmologist.