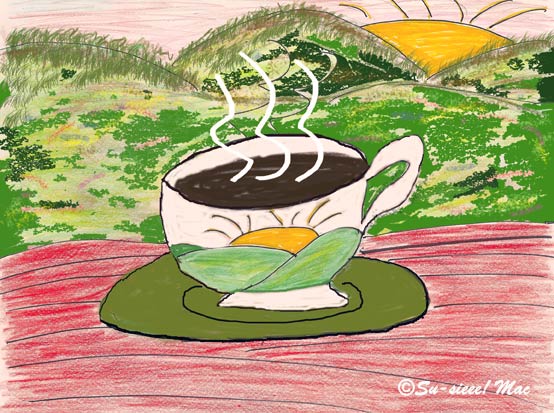 When I saw the episode of Grace and Frankie, an original Netflix series starring Jane Fonda and Lily Tomlin, in which Frankie (Lily) mentions her diary and Grace (Jane) responds with "Your bullshit diary where you write in the air?", I thought that's how I've mostly been blogging the last 11 months. Unlike Frankie, I mentally write the words.

Have you seen Grace and Frankie by the way? In a nutshell it's about two vibrant women in their 70s who suddenly become roommates because their husbands announced they are gay, been having a secret relationship with each other for years, and want a divorce from Grace and Frankie because so that they can married. A mouthful, huh?

The series revolve around Grace and Frankie coming to terms with suddenly being on their own after 30-40 years of marriage. It's also about the women becoming each other's main support, although they don't think much of each other's life style. Grace is an uptight former CEO of her own company while Frankie is an old hippie artist. There are also secondary stories about Bob (Grace's husband played by Martin Sheen) and Saul (Frankie's ex played by Sam Waterston), as well as the adult children of Grace and Bob and Frankie and Saul.  Another mouthful!

I love this show. The storyline. The subject matter—after all, how many TV shows feature older people in a not-so-schmaltzy way. The cast, wowza! One of the creators of the show is Marta Kauffman who also co-created Friends. Quality! And, lots of strong writing, I must add.

Okay. Enough about this show before I distract myself from my original intention of today's blog. If you want to know more about the series, check out the Grace and Frankie website or the Wikipedia article about the series.

My original intention? I began this post on Sunday. Today is Wednesday.

Just—in all senses of just—to let me know that I need to express. . .to articulate. . .to humor. . .to feel out loud what's inside my soul.

And, while it is passing, I shall do my best to write my thoughts via the keyboard rather than in the air. 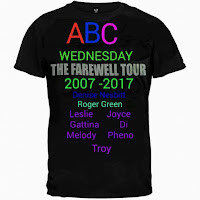 It's ABC Wednesday. This was my J post. Click here to please check out other participants. Thank you ABCW Team!