It's Elementary, My Dear. 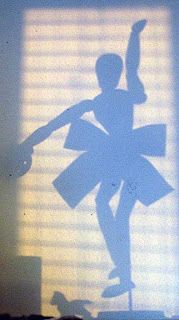 This morning I read that line in Emma: A Modern Retelling by Alexander McCall Smith). I felt like the character, and the author, was talking to me.

The Mama said it another way about herself when she felt tired, which was every day for her last several years. Plain and simple, she used to say, "I push myself."

After we buried the Mama this past April, the Only and Older Brother said to me, "Keep on living."

I scoffed at what the Only and Older Brother said. Of course, I'd keep on living. Why would I not? Lately, though, honesty keeps trying to surface. Drat that honesty. For that matter, dang to introspection, rumination, and heart-searching that show up in my dreams.

So, this is my effort today for the letter E for this week's ABC Wednesday: a story that I shared three years ago (April 5, 2013) about an amazing thing that reminded me of the wonderful effortlessness of life.


Flying with the Eagles

The Loneliest Road in America truly sums up the stretch of U.S. Route 50 through central Nevada. I had no idea Nevada had so many desert valleys until I drove this national highway.  You get over one mountain range and voila! It's deja vu—another endless valley floor with a mountain range staring from afar.

In the late 1980s, the First Husband and I decided to drive cross-country, from San Francisco to New York. However, the first day of our adventure began with a dental emergency and a pain that would eventually make itself known as cancer for the First Husband. After several days of checking with doctors, we got in our red Mazda pick-up truck and headed east, with an open mind that we would turn back at Denver if the First Husband did not feel well.

I don't remember how we decided to take U.S. 50 rather than the more direct U.S. 80 through Nevada to Utah. Most likely it was the romantic notion of driving the Pony Express Route. Those poor fellows. Miles of dust behind them and miles of dust before them. Still, if I had lived during that era, I would've wanted to have been a Pony Express rider. As it was, I did imagine myself a modern one as I drove us through eastern central Nevada. Instead of the U.S. mail, I was delivering the First Husband to several places in the United States where we could research the life of his father, a first generation Korean American who had dedicated himself to Korean independence from Japanese rule, as well as to spreading the Christian word. But, that's a tale for another day.

As we approached the Utah border in the Great Basin desert, the First Husband was napping in the passenger seat. Not too long after passing the sign welcoming us to  Utah, I saw two huge birds standing in the lane up ahead. As we got closer, I saw that they were nipping at a carcass on the ground. One bird glanced up at our advancing truck.

"Husband! Husband!" I slowed down, but continued driving forward. They were bold and handsome eagles. Young ones, I think. I was almost upon them as they positioned themselves for take off.

One eagle opened its wingspan. It seemed to be as long as the width of the front of the truck.

The First Husband woke up in time to see us driving between two gliding eagles before they soared upwards into the sky.

Please click here to check out the other participants and/or link up in this week's ABC Wednesday.