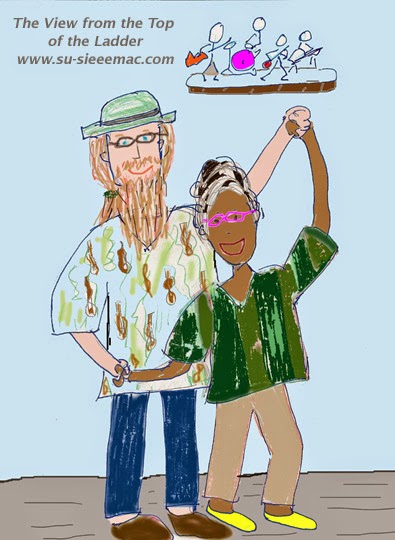 "And that's how our generation does it!" exclaimed one of the rocking band members, who was in his early to mid-60s.

"Whoooo-hoooo!" shouted the Husband and I, clapping wildly on the dance floor. We'd been dancing our hearts, souls, and bodies out for the past three hours to soul, funk, and good old rock 'n roll. That last dance—Johhny B. Goode. Whooo-hooo!

Most of the evening, we shared the dance floor with a few other old fogeys and one younger couple who had sweet technical dance moves. During the last hour, young men and women of the reunion Class of 2005 streamed into the lounge. But, it was not until the last two songs that they had enough liquid courage to get out on the dance floor, and finally get into the music of their grandparents generation.

What a fun night! The band even dedicated a song to me—Cinnamon Girl. First time, ever.