A Quiet, Quaint, and Quirky Place 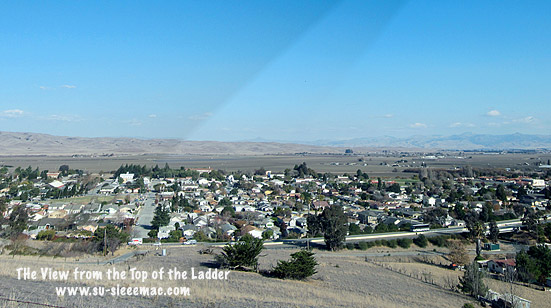 San Juan Bautista, with an estimated population of 1,800, looks like your ordinary, move-along-nothing-to-see very small city. At least, from the highway that runs along it. Wrong! Lots to see and lots to do if you're into California history, California missions, antiques, thrift-shopping, art galleries, walking, eating, coffee, Hitchock's Vertigo, bicycling, architecture, organic farms, wine tasting, and simply zenning out at any of the patios of the various eating and drinking establishments. Oh, and earthquakes, as in the San Andreas Fault. 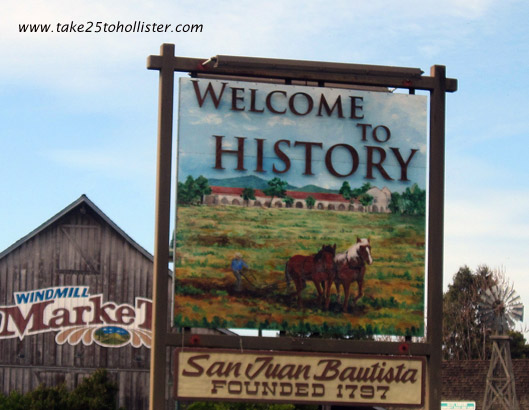 I find it hard to believe more people haven't discovered this quiet, quaint, and quirky friendly town. We live about 10 miles to the east in Hollister. I've know San Juan Bautista my whole life, but it's only in the last decade that I have come to appreciate the mission city, which some people call it because of Mission San Juan Bautista, one of the 21 California missions that the Franciscan missionaries established long ago. 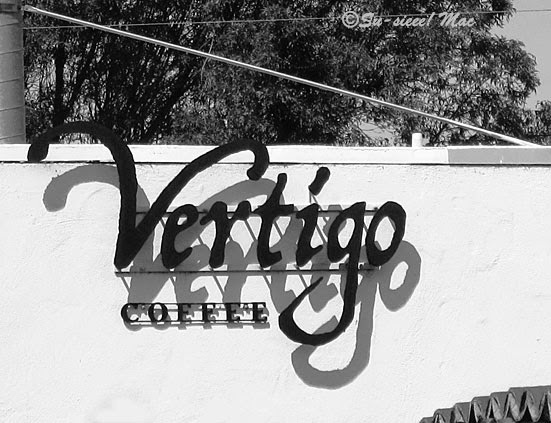 I like wandering around San Juan. So does the Husband. "I need to take photos in San Juan," I say to the Husband now and then, and off we go. If it's first thing in the morning, we start at Vertigo Coffee for breakfast. The owners roast their own coffee beans. I tell you it's worth a stop for their coffee. Also, for their sandwiches and pizzas. 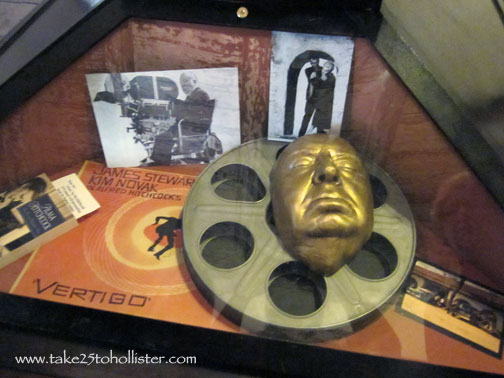 The owners named their business after Hitchock's movie Vertigo, of which some scenes were filmed in San Juan Bautista. Remember the bell tower scene in the movie? That was supposedly the mission tower, except by the time Hitchcock came to San Juan to shoot the scene, the bell tower was no more. So, Hitchcock built a fake tower. It's just as well because his fake tower was much taller than the real one. 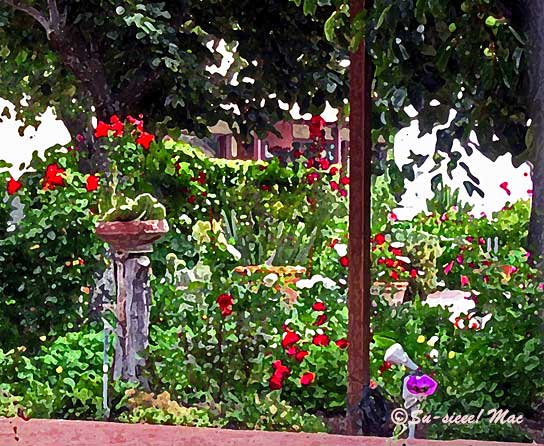 This is already going long.  I need to think about making dinner soon. So, I'm going to share some photos that I took over the last few years of San Juan Bautista. Most of the photos are from my other blog, Take 25 to Hollister. If you're ever in the area, drop by.

It's the letter Q at Alphabe-Thursday, a meme hosted by the lovely Mrs. Jenny Matlock. Click here to see what other participants are saying and showing about the letter Q.