July 01, 2015
The above photo is from seven years ago. That was the year the Mama decided it was okay to have planter boxes in her garden. She devised them herself, using loose boards, branches, and rocks.

At first, she grew vegetables in this box, but they didn't do to well. Too much shade from the miracle, apricot, and persimmon trees. I think it was four years ago, she decided to simply grow flowers in that box. "I like flowers," she said. "I want lots of flowers here." New flowers went in the box, as well as cuttings from her geraniums and daisies. I had my doubts. What was I thinking, right? 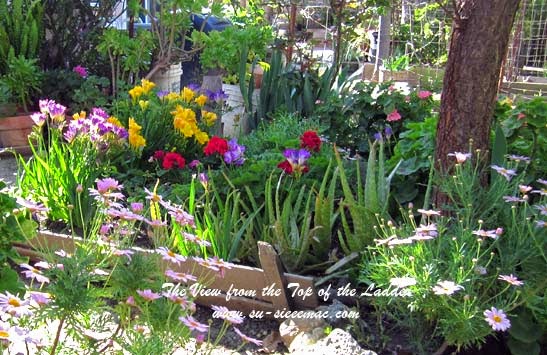 Yes, the box is full flowers. That's what it looked like this past March and April. The rear of the box is now full of geraniums.

Here's what the box looked like a few weeks ago. The Mama put up the headless scarecrow in hopes of scaring off the animals that were eating the apricots. Hasn't worked. But, I don't think she really minds too awful much. 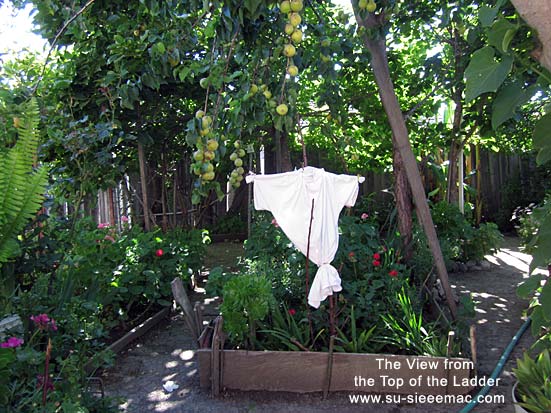 I'm linking up at ABC Wednesday, which was started by Mrs. Denise Nesbitt and continued today by Roger, Di, Wil, and others of the ABCW team. To find other Y posts by bloggers from around the world, click here.