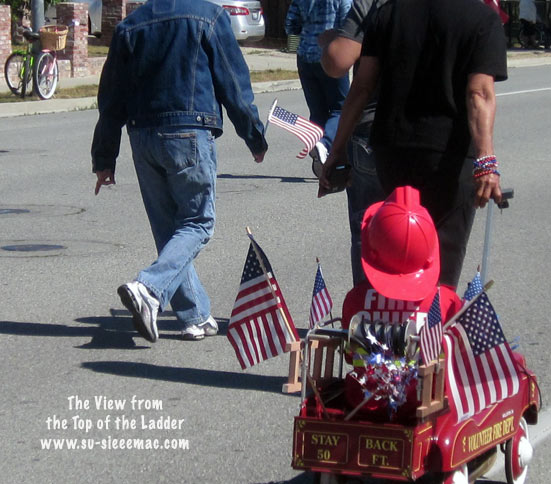 Day 28 was on July 4. Tilda-Hilda and I went out with the Husband and his flashy chartreuse bicycle. I wonder if he'll name his cruiser one day. I wasn't going to count this as a work-out ride because we rode our bikes as transportation to two events in town. Then I thought they were separate events at different locations, and we went home after the first one before going out again. So, why not.

The first event was the Independence Day Kiddie Parade. You can see Tilda-Hilda and Chartreuse Flash (my name for the Husband's bike for now) at the left top corner in the photo. A couple hours later, we all pedaled downtown to check out the motorcycle rally. Altogether, our bicycling and walking added up to five-and-a-half miles. 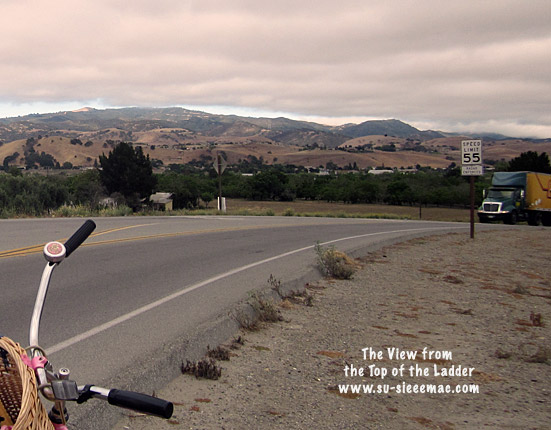 This morning, Tilda-Hilda and I pedaled for a bit over 12 miles in 70 minutes. We went further and longer than I had planned. That's good. It means we can go more than 10 miles without having to go too far away.

It was hard getting started. I think it was because I didn't get enough sleep. The Husband and I stayed up late to watch The Bucket List, starring Jack Nicholson and Morgan Freeman. We had seen it before. You know how it goes. After a certain point of watching a movie, you simply have to finish it. When the Husband was a lad, his dad used to say to him, "Don't get involved with a movie." as they were getting ready to leave the house. We should've heeded his advice and turned off the TV at the get go. Oh well, one day we'll learn.