The Diridon Station of San Jose

June 11, 2015
The Husband and I were waiting for Amtrak at the San Jose Diridon Station this afternoon. We weren't going anywhere, other than back home, jiggity-jigg. We were picking up my godmother who had been up in Sacramento. Sitting alongside the track gave me the wanderlust. Sigh. 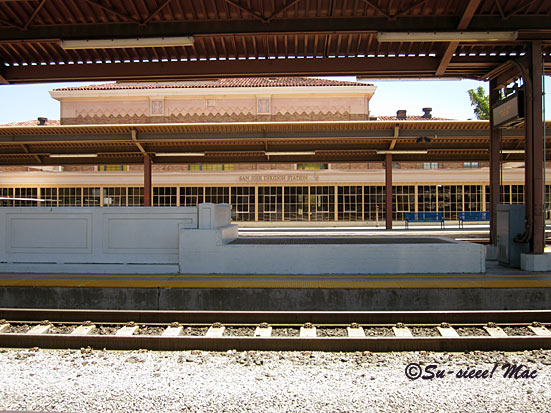 Once upon a time, the Diridon Station was called the Southern Pacific Depot and Cahill Depot. Built in the mid-1930s, it's a gorgeous brick structure designed in the Italian Renaissance Revival style. The depot was restored in the 1990s and renamed after a Santa Clara county supervisor. I'm guessing Diridon was the guy who made the big push for getting the funds to bring back the station's beauty. 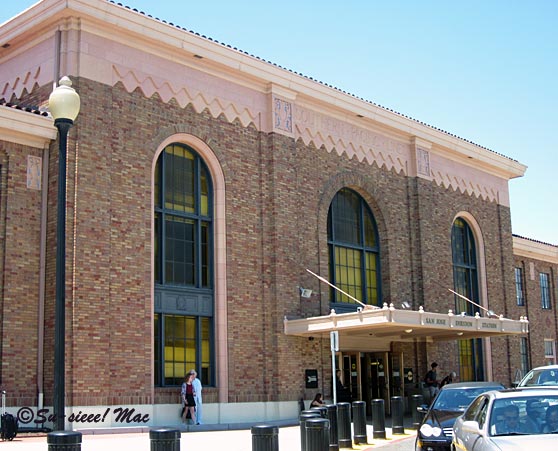 According to Wikipedia, the station's platform was used to represent a Connecticut train station in the movie Marnie by Alfred Hitchcock. As the Husband and I sat by Track 4, I wondered if trains used to stop closer to the building. 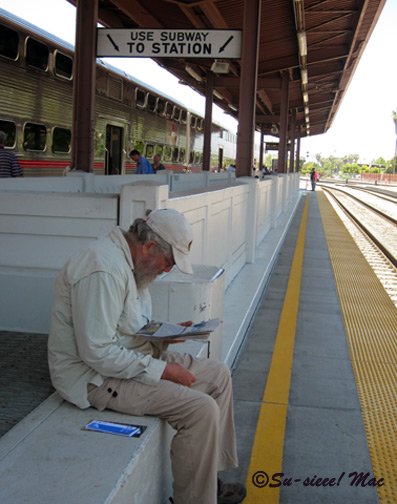 Today, the Diridon Station is a hub for two passenger railroads—Amtrak and Caltrain, which primarily runs between San Jose and San Francisco. Santa Clara County light-rail and bus stops are nearby. One day, the Bay Area Rapid Transit, aka BART, will stop at Diridon.

It's quite a hopping place. The station has over 600 parking spots and all were taken. Not one by us. I think if we were to take a train on a weekday, we'd ask someone for a ride or take the bus. 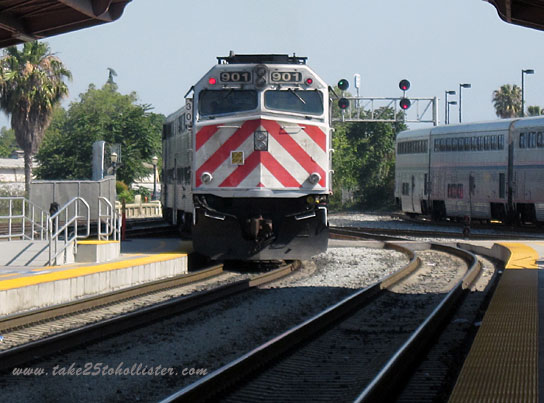 If I were to take the train right now, I'd like to ride Amtrak between San Luis Obispo and Santa Barbara. It goes by a stretch of the California coastline that you can't see other than by train.  You go by the Vandenberg Air Force Base where I read you may be able to see the SpaceX Launch Facility, which might one day slingshot people towards Mars. Where would you want to take a train to?

It's Alphabe Thursday with the lovely Jenny Matlock. To read what other bloggers have written about the letter D, please click here.