Random Scenes: I Want Her 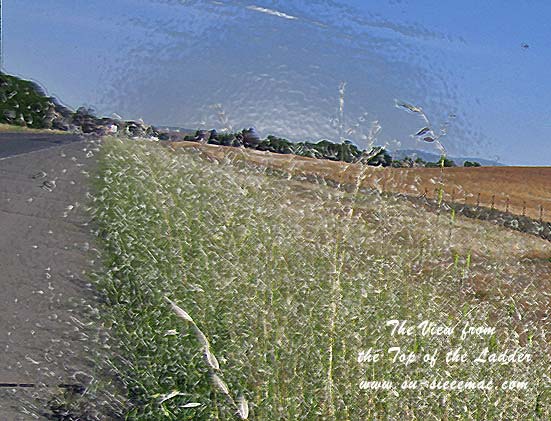 I Want Her
by
Su-sieee! Mac

"Mom, you're not going to ride the back roads, are you?"

"Mom!" said her son on the phone. "It's dangerous riding alone out there. Remember last year when that runner died...."

"Son, you're channeling your grandmother." She laughed. "I'll be fine. I'm not riding anywhere new. And, I've got the phone."


I can feel her coming.

She's the one I want.


The woman pedaled along the shoulder of the two-lane highway. She almost heeded her son's fears. Silly. Nothing happened at all to her on the back roads. But, the highway was getting her nervous. She was riding later than usual, which meant more cars on the highway as she headed homeward. Were the big rigs speeding by faster than usual? She scooted further to the right.

Leave it alone. Mike's happy. Be happy for him.

She's perfect. I want her.


She neared the spot where Judy Lynn died in a car crash. The poor woman, she thought, going through the windshield.  She shuddered. Judy Lynn didn't have a chance.

A big rig flashed by her, pulling her into its slipstream. She braked. Her bike spun out of control. Oh no!

"You're in the hospital, Mom," said her son.

"Who are you?" asked Judy Lynn.