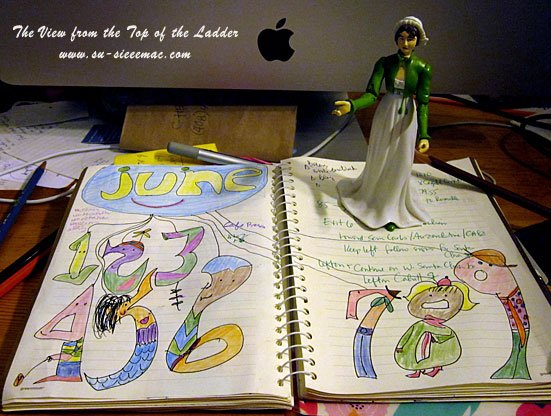 In 1969  I saw a movie called If It's Tuesday, This Must be Belgium starring Suzanne Pleshette, who was a bus tour guide in Europe. I recall only two things about the movie. Pleshette's character fell in love with someone to whom she had an immediate disliking (of course) and one of the older American tourists took toilet fixtures from the hotels where they stayed as his souvenirs. I also remember wanting to become a tour guide after seeing the movie.

So, what got me thinking about that movie? Well, it's Tuesday. I'm not in Belgium, but the Husband and I are about to drive over to Freedom (yes, there's such a town in California) to purchase cat food for Molly the Cat. What we will do for that cat.

Big, BIG Waves
Have you ever dreamed of ocean waves higher than the tallest buildings in your town coming towards you? I had one of those dreams a couple nights ago. The waves came in two or three times. Each time, I was able to find shelter and hang on.  One of these days, I'll attempt to draw a picture of my dream. The waves in the distance were amazing. Almost like a disaster movie.

I don't think dreaming of big, BIG ocean waves is anything ominous. I didn't wake up feeling unsettled. Well, I did feel unsettled, but not like something bad is going to happen. I searched a bit online about the meaning of waves. It could mean very strong emotions brewing way down deep or waddling in procrastination. I do a lot of the latter, that's for sure.

Staying Creative
The photo above is my June calendar. Every day I draw the date.   Miss Jane Austen was kind enough to be like Vanna White for the photo.  Unlike Vanna, Miss Austen won't be earning $8 million for her pointing work.

P.S. I found a clip for If it's Tuesday, This Must be Belgium. Enjoy.