#3 Book Review for My 2015 Reading Challenge 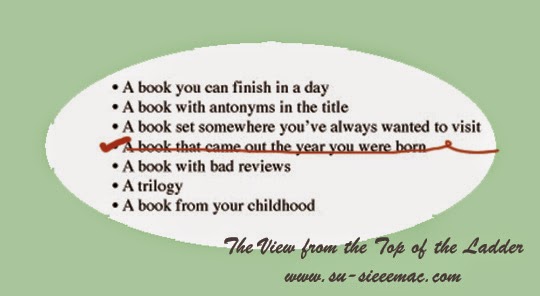 I had bought the book several years ago at our local thrift store on a whim, because I was born and raised in Hollister, California and now living in Hollister again. As a kid, I remember seeing the series at the public library, but I bypassed the Happy Hollisters for the Nancy Drew series. If I had known that the Hollisters solved mysteries, I may have become a fan way back when.

I like the Hollister kids, from 4-year old Sue, to 6-year old Holly, 7-year old Ricky, 10-year old Pam, and 12-year old Peter. Each character has lots of positive energy and common sense.  One of the things I like about the Hollister kids is how they feel bad after doing something wrong, apologize, and seek to make amends. I also like how the kids take care of each other.  For instance, when one of the older kids sees Sue playing near the lake, he tells her that she should not go near there without an adult. The more I think about the characters and theirs actions, the more I see how the author had unintentionally taught the readers about personal responsibility, self-initiative, courtesy, respect, and other positive values.

Okay, the plot. The story starts with the Hollisters moving to a new town where Mr. Hollister has bought a hardware/sports goods/toy store. All of the children's toys have been packed in the smaller of two moving vans that never arrives at their new home. Mystery #1: What has happened to the van?  When they find the van, it's empty, which leads to mystery #2: What has happened to their toys?  Mystery #3 is even bigger: Someone is coming into their new home every night. Who is the prowler? What does he/she want? How is he/she coming in?

All the Hollister kids are involved in unraveling the mysteries, with Peter and Pam taking the lead. In every chapter, something is happening, and it's not always about solving mysteries. For instance, in one chapter, the kids build a dog cart so that the Hollisters' dog, Zip, can give them rides. In another chapter, Pam and Holly go rowing on the nearby lake, loose their oars, and float to the island in the middle of the lake. There, Holly falls into quicksand and Pam quickly brainstorms ways to save her sister.

Reading this book got me into the mood to read more childrens' books. When I was at the library yesterday,  I picked up several books in the children's section. So, stay tuned for more children's book reviews.

Note: FCC and you need to know that the link leads to Amazon.com. Should you click it and happen to purchase anything there, Amazon may reward me with a bit of change.