A Jump Start that Never Got Started

September 27, 2012
The Republican candidate for President—whose name shall not be invoked—thinks I'm a victim. Ha! Talk about projecting and being judgmental. No, no, come back. I'm not going to muse about politics today. Bleah. Today, I give you a look into this writer's belfry, as in bats in.

The other day I found a file on my desktop with the title 88888...8887.doc. Of course curiosity got me and I opened it. Ha ha! on me. The Word file was my writing journal, the one I had started a few months ago with good intentions. Uh-huh. I was fishing around in my head for a story to latch onto. It had (and has) been a long while since I tried. 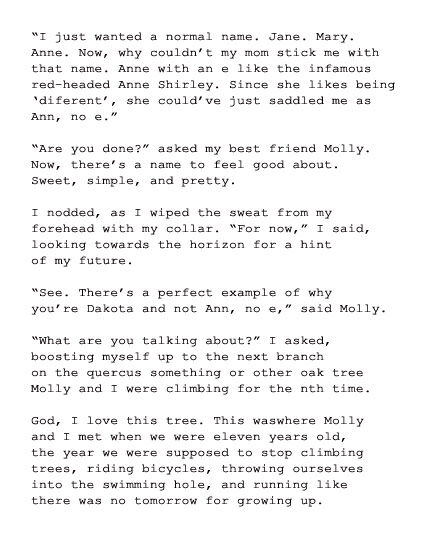 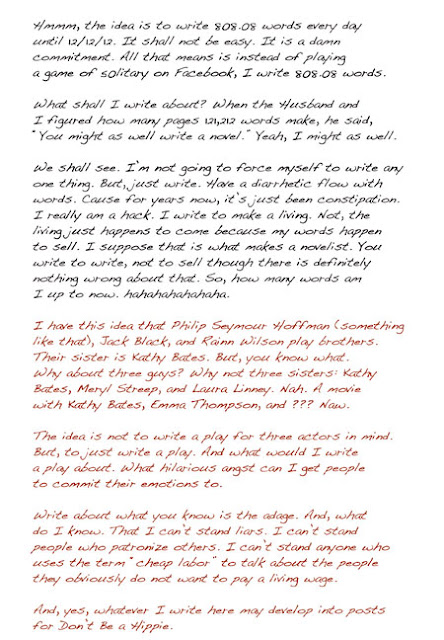 See. This became a post. Ha! Sorry for the blurriness of the photos of the scribbles. Hmmm, maybe that's a projection of my imagination right now. 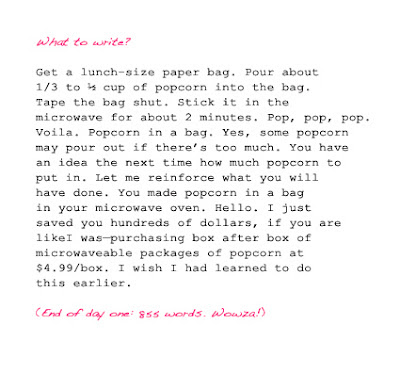 What you read is actually less than 855 words. I left out a couple of passages—my thinking about Molly and Dakota, in the event that I do something with it—and edited a bit as I turned my scribbling into jpgs.

I didn't write the second day. I remembered about it after midnight. The third day was my last day. That entry was a hoot. I talked about how miserable my body was feeling. The following several days, I remained in misery and never got back to trying to find a groove. At least, in that Word file.

So, there you go. A peek into the mind of a writer who doesn't write fiction for a living. For now.