February 14, 2011
I picked up The Guernsey Literary and Potato Peel Pie Society, by Mary Ann Shaffer and Annie Barrows,  at the bookstore early last year because the title caught my eye. Really delightful, don't you think? But, I put it down when I read "the German occupation" on the back cover. Let's face it, I don't like to read depressing tales anymore. A few months after that encounter, I read a review about it that made me think "maybe, I'll read it." Using correspondence to move the plot forward intrigued me. Now flash forward to my birthday last December. What do you know? A friend gifted me a copy of "The Guernsey Literary and Potato Peel Pie Society." Thanks, again, evil2win.

The setting: London and the Island of Guernsey, one of the Channel Islands in the English Channel.

The time: Several months after the end of WWII.

The characters:  Juliet Ashton, an author, and the people of Guernsey.

The story: Juliet no longer wants to be thought of as a "light-hearted journalist." She wants to write something more serious, but doesn't know what. Then one day she gets a letter from Dawnsey Adams who's asking for help to find a London book shop where he can order more books by Charles Lamb. He had found her address in a book, by Lamb, she once owned that is now his. Juliet writes back and in no time she is corresponding with Dawnsey and several other members of the Guernsey Literary and Potato Peel Pie Society. 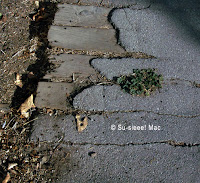 The Guernsey folks had started the society as a cover-up for a lie they had told to  German soldiers when they were out after curfew. The truth was that they were eating a roast pig which they were not allowed to have. Charming and mysterious, right? Through their letters, Juliet learns little by little about what the Guernsey people's lives were like under the German soldiers during the war.  Horror, dread, and serious concern with joy, laughter, and love snuck in. As Juliet comes to love the Guernsey people and feel like she knows them through their correspondence, so did I.

Juliet decides to write a book about the Guernsey people, which, of course, means she must go visit the island. Just before she goes off, the love that is in her life, essentially gives her an ultimatum in the form of a marriage proposal. He sees it as him versus Guernsey. To me, the question was whether Juliet would choose to live a life of hedonistic pleasure or a life unshallow?

My thoughts: I liked the story. Pure and simple.  Near the beginning, I got confused about whether I was reading a novel or correspondence between actual people. And, even when I knew better, I still wondered.

The book has two authors. Ms. Shaffer is the main author. Unfortunately, she passed away before she was finished. Her niece, Ms. Barrows, an author herself, completed it for her. Since I have no idea who did what, I can only say that Ms. Barrows was successful.

FYI: This title fulfills both of these 2011 reading challenges in which I'm participating. They're both still open, if you're interested.