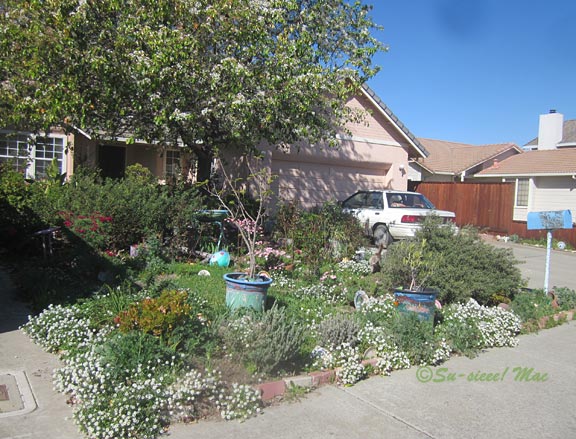 1. It's a gorgeous day. What mischief can I do today?

2. The lower end of the front yard is looking like a meadow. The first poppy showed itself yesterday.

3. The tree is an ornamental pear. About 20 years old, more or less, it is. It sheds leaves like crazy throughout the year. The last two weeks it has been snowing white blossoms.

4. I'm 10 days into a detox diet for eczema. The regiment is not so bad. No dairy, no gluten, no sugar, no caffeine, no no Nanette. I look forward to adding foods back.

5. A few days ago I decided to stop using the immunosuppressant ointment a dermatologist prescribed couple years ago. I had used it sparingly so hopefully the withdrawal symptoms won't be terrible. You should've seen how horrible my face looked when I stopped topical steroids. 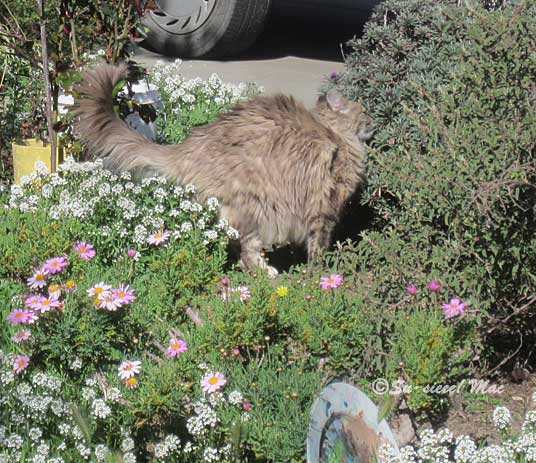 6. Molly the pinky-nosed (wilde) Cat came home to live with us nine years ago.  The girl loves to stop and smell the flowers.

7. A load of laundry is in the dryer.  The Husband just came back from the doctor, which means I'll soon put the pants load into the washer.

8. The bias tape maker that I ordered from Amazon came the other day. It was cheaper than buying a bunch of different colored bias tape. I use bias tape for mask straps. Now to clear up space in L Studio so I can try out the bias tape maker.

9. In February, 25 years ago, the Husband (who wasn't the Husband yet) and I moved in together into a house in El Cerrito. We had lived in apartments, him in Oakland, me in San Francisco. It was grand to not have to climb three flights of stairs with groceries, laundry, and other heavy objects.

10. Mama, surprisingly, had no objection to us living in sin. We did marry seven months later. 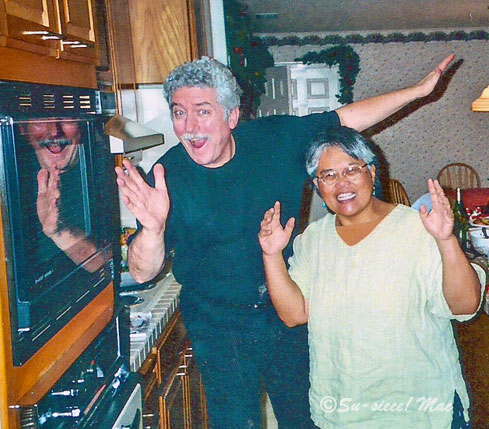 11. Happy Birthday to Doug! The Husband's brother would've turned 74 today. We miss Doug. I like to think Doug's Spirit is soaring joyfully and peacefully through the Universe.

13. "Enough," Daddy would say as I snapped away with the camera. I miss Daddy. I like to think that the first butterfly I see any day is Daddy dropping by to say hello. 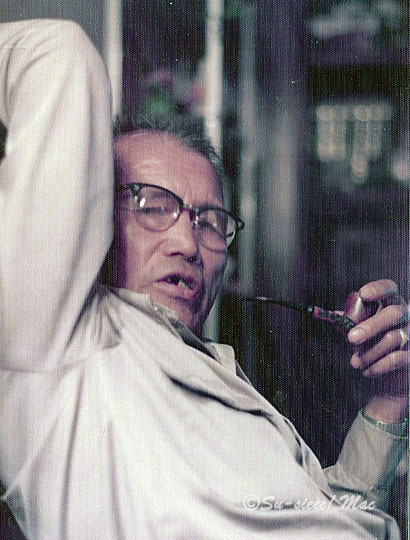 It's Thursday 13. Come check out the other participants with me.