Ride Along with Me 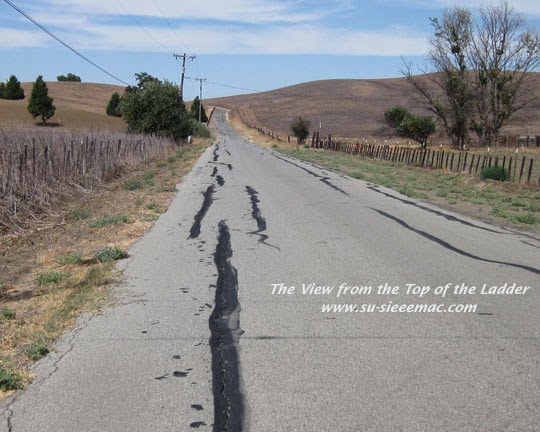 Yippeee! One more week to go with the 30-day health challenge.

Have I lost weight? I don't know. I decided not to weigh myself when I started because I get very disappointed that I've lost only half-a pound or gained 2 pounds when I think I must've lost a gazillion pounds. Both the Husband and the Mama said I looked smaller today.

This past week I was missing bread. Rice or quinoa with peanut butter, pesto, or brie doesn't quite do it. Next week, I'll be searching for sourdough bread and maybe jalapeño tortillas. Not to worry, I won't go overboard. I decided to do an additional two weeks, but I'll modify the challenge by allowing myself to eat one kind of floured item each day, if I feel like it. 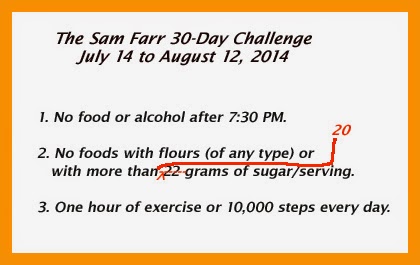 My workouts changed this week. One morning, I woke up feeling too tired to bicycle so later that day I walked. I don't like walking because my knees hurt afterwards, which the Husband says is because I don't pick up my knees.  That day I discovered if I used my core (meaning suck in my gut), swung my arms, and swayed my hips (as in doing the hula), I propelled forward without putting a lot of pressure on my knees. My pace was also a bit quicker. After the workout, I decided to do more walking. If there was a public pool available, I'd add swimming to the mix, too.

We've had very foggy mornings the last few days. How foggy? You couldn't see the nearby mountains. So that meant it wasn't safe for me to bicycle. It also meant I ate breakfast before rather than after my workouts. I definitely had more energy. Interestingly, I felt hungry more often throughout the day though today the feeling wasn't as strong. Maybe my body is just adjusting.

Today, Tilda-Hilda (my pretty pink bike) and I accomplished another goal. We biked 15 miles. Up and down. Down and up. Whooo-hooo! Here's a segment of our ride, if you're interested in coming along on the bumpy ride with me.